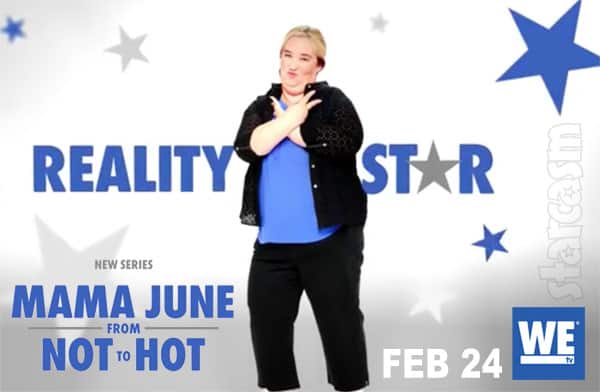 WEtv recently announced their latest reality show offering, and you just might redneckognize the leading lady — Here Comes Honey Boo Boo‘s “Mama June” Shannon! Actually, you might not redneckognize her because Mama June From Hot To Not is all about Mama June’s dramatic transformation.

Here’s the teaser video for the show from the network:

“I’m a mama, a grandmama, and a BIG reality star — and now I’m ready for a BIG change,” Mama June narrates as we see her strike various poses. But she’s not just talking about physical changes, she’s revamping her entire life!

“It’s time to say goodbye to bad men and junk food,” Mama June says before adding that fans (and haters) can all “[say] hello to a whole new me, because when they see what I look like now, they’re not going to believe their eyes!”

At this point we see a string of text that I assume are all things that went into Mama June’s dramatic makeover. Included in the list are weight loss surgery, physical therapy, liquid diet, tummy tuck, gastric sleeve, strength training, breast implants, high intensity training, and laser teeth whitening.

Mama June has made headlines over the last couple of years for her weight loss, thanks in large part to her personal trainer Natasha Fett, who serves as Executive Producer on the new series alongside GR Media’s Gina Rodriguez. Here are a couple of side-by-side photos of Mama June with Natasha from last January: 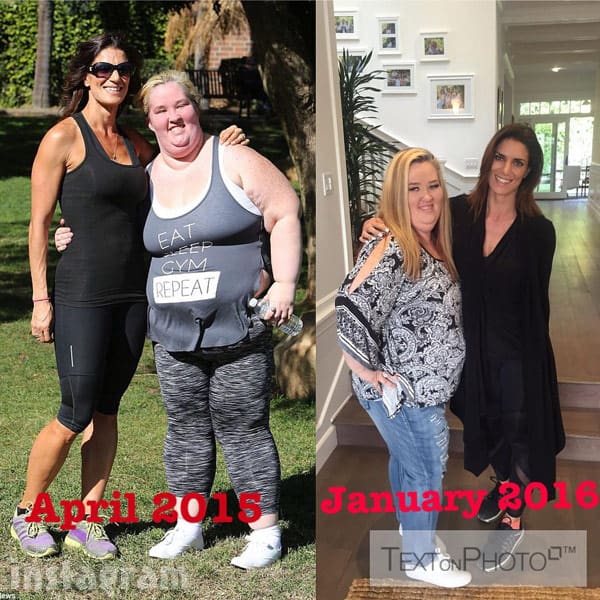 As far as the surgeries mentioned in the teaser, both Natasha and Gina are very tight with Snapchat plastic surgeon Dr. Miami, who also recently landed a new WEtv reality show, so I am guessing that Mama June will have at least one procedure done by him. (It apparently won’t be the gastric sleeve procedure, however, as that was reportedly done by Dr. Michael Feiz.)

Mama June From Not To Hot premieres February 24 on WEtv.