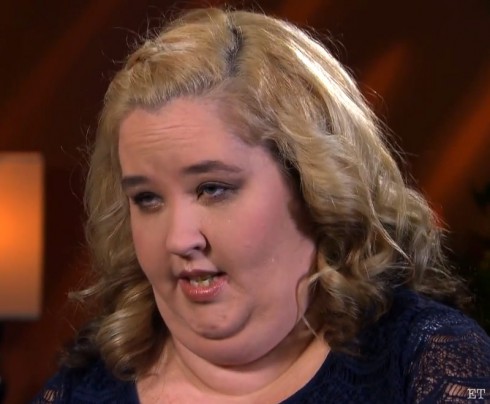 “Mama June” Shannon has finally broke her silence on the scandal involving Mark McDaniel, the man who molested her daughter Anna Cardwell, in an interview with ET to begin airing tonight.

oh k tonight I broke my silence I have had enough lies on the Internet so I wanted ppl to hear my story so it starts to air on entertainment tonight tomorrow at 7pm and then I will b on dr phil on Monday I will remind ppl of u would like to watch and thanks to all the supporters out there …and there will b some real shockers on there too about the family that will b released 4 the first time tomorrow at 7pm….

The situation, which was already a complicated one, has now become even more twisted as the reality TV star has revealed who she says is the real father of daughter Lauryn “Pumpkin” Shannon – after having misled the family to believe it was McDaniel. 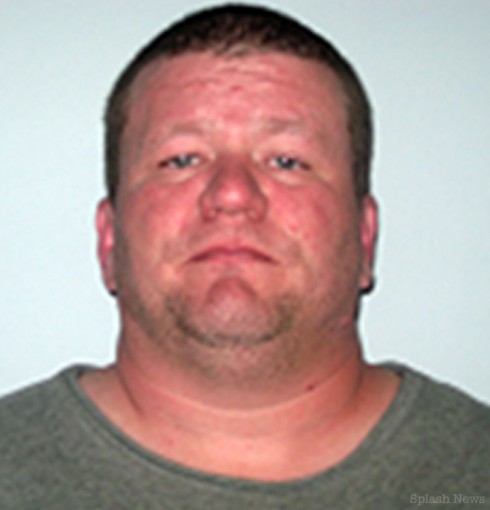 It’s long been believed that June’s daughters all had different biological fathers. Now the mother is stating that this is not the case – via ET:

Shannon also revealed for the first time her claim that Pumpkin’s biological father is also the father of her 18-year-old daughter Jessica. His name is Michael Anthony Ford, he is a convicted sex offender who served time for sexual exploitation of minors after being caught on To Catch a Predator in 2005.

“Jessica and Pumpkin have the same dad, but Jessica’s dad has had nothing to do with her over the years,” Shannon said. “So, why the hell would I open up that can of worms until today? I lied to my family and told them it was somebody else.”

In addition, a teaser clip courtesy of Entertainment Tonight reveals that Mama June never took the time to read the brutish details of the sexual abuse crimes McDaniel was charged of committing against her own daughter:

ET: Knowing this man Mark was convicted of molesting your daughter, why would you let him around your family again?

June: The very first time that we saw him was a coincidence.

ET: Do you believe that your daughter was molested by Mark?

June: I do believe that something happened.

ET: You did not read these court documents?

ET: You would be horrified if you read the details of what she said he did to her.

June: I told Anna not to bring up the past again.

ET: Do you not understand why people are so upset about that (allowing Mark McDaniel around)?

June argues that she’s only seen Mark twice since his release from prison. Via ET on how she explained the 2nd meeting:

Shannon says that she arranged a second meeting with McDaniel so that Pumpkin could ask him questions in an attempt to get closure and move on.

“I was sitting right there with twelve other people,” she told ET. “It was a conversation that she wanted her answers: what happened, why did he leave, you know, if he was her real father. He admitted to her, no. I had already told her that but, you know, she wanted to hear from both sides of the story.”

As June wrote, she will be appearing on Dr. Phil Monday. 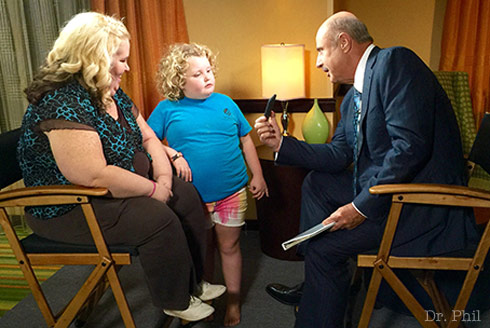