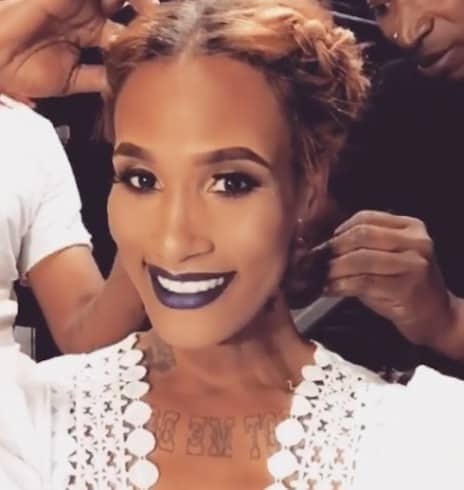 The ongoing, multifaceted D. Smith feud has been one of Love and Hop Hop Atlanta Season 5’s most intriguing plotlines. The franchise’s first transgender cast member has won praise from allies for taking hard stands against detractors and drawn scorn from foes for picking fights with a wide cross-section of the show’s stars. Now, thanks to the ongoing discussion of Smith’s inclusion on an anti-bullying panel aimed partly at LGBT youth, it looks like tempers on both sides will be stoked once more!

Given Waka Flocka Flame’s comments regarding the transgender community earlier this year, it’s perhaps understandable that D. Smith’s upcoming meeting with Deb Antney might result in the two butting heads. Still, the two are supposed to sit down and discuss Smith’s role in Mizay Music’s anti-bullying campaign: the issue is close to Smith’s heart, given the high rate of suicide among trans people, and particularly trans youth. Of course, things can’t help but spiral out of control entirely when Waka’s comments come up, Deb tries to defend her son, and Smith both shades Waka and calls Tammy Rivera a Tasmanian Devil…

It’s also worth pointing out that, in an interview with VH1 earlier this year, D. Smith also said that “Waka is not a big enough artist for me to be upset about”–but now she’s brought up his comments several times over the course of Love & Hop Hop Atlanta Season 5. At the same time, though, Smith also said that all her discussion regarding Waka’s comments “was through Tammy,” and that–at least as of a few weeks ago–she hadn’t yet had a sit-down with Waka himself to straighten things out.

“I don’t think he really meant it, to be honest with you,” Smith added. “He did it because of why other people do it, because their buddies are looking, or because they have to look more masculine or more dominant than trans or gay people and they’re really not so I’m not buying it.”

Of course, now that Waka and Tammy are reportedly through, Deb might have a completely different reaction to Smith’s comments!