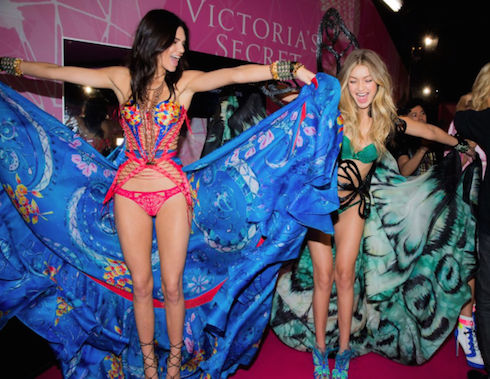 It looks like what we thought was just the beginning of the Kendall and Kylie Jenner feuding has actually been going on for quite some time. Last night’s premiere of Keeping Up With The Kardashians‘ eleventh season revealed that the two Jenner sisters have been fighting for months–and that relations between them might be at an all-time low.

The likelihood of Kendall and Kylie Jenner feuding was already strong, given last week’s news of Kylie’s “jealousy” over Kendall’s increasingly successful modeling career. Kylie was a no-show at Kendall’s Victoria’s Secret debut, and gave mixed reasons for her absence: first, she said that Kendall told her to stay away, because the “pressure” was so great; later, Kylie said she was sick, and couldn’t make it…though she’d been out shopping earlier in the day. 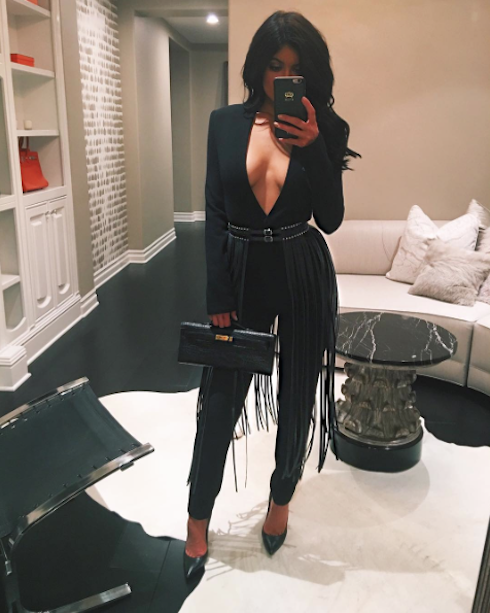 In addition, Kendall already tried having a heart-to-heart with Kylie in an earlier KUWTK preview clip. When newly 18-year-old Kylie insisted on bringing 25-year-old boyfriend Tyga along on a family vacation, the rest of the Kardashian-Jenner clan was less than pleased. Kendall opened up to her little sister about the breach of protocol, saying that Tyga “ruins the sister vibe” and that she’d been hoping for some downtime with Kylie.

(Interestingly enough, Tyga did show up for Kendall’s premiere as a Victoria’s Secret Angel, and tweeted out his support for her both during and after the show.)

Now, in the wake of those reports comes further evidence that Kendall and Kylie Jenner are feuding…and it isn’t pretty. It looks like the two have been at it for months, as footage from last nights KUWTK episode proves. During the episode, Kendall shares her thoughts about her little sister with Caitlyn Jenner, who asks–simply–”What’s the deal with Kylie?”

Kendall looked downright disappointed as she said “She doesn’t have her priorities straight–and I tell everybody that.”

But Kendall and Kylie were getting into it as far back as July, when trying to figure out what to wear for Caitlyn’s big debut at the 2015 ESPY Awards. After Kylie refused to lend Kendall a dress, the 20-year-old lost it, calling her sister “the biggest b*tch”–and even sending a C-bomb Kylie’s way as she stormed out:

Reports of the two fighting come at the same time that Kylie is under fire from family members for being too preoccupied with herself. Before last week’s Victoria’s Secret debacle, it came to light that Kylie has been angling for her own  KUWTK spin-off–and that, like Veruca Salt, she definitely doesn’t want to share it. Kris Jenner reportedly called Kylie’s demands “selfish” and suggested that she would be better off sharing a show with Kendall, which is what the sisters had talked about for months.

Keeping Up With The Kardashians airs Sunday nights at 9 PM EST on E!