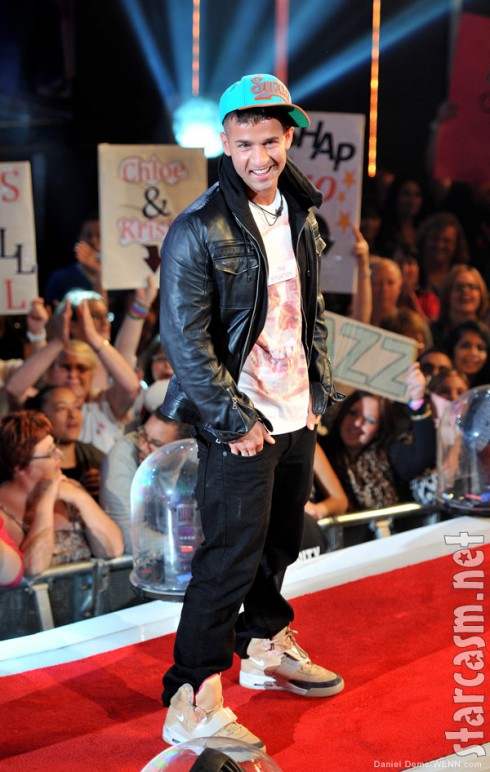 Mike “The Situation” Sorrentino has just joined the cast of Celebrity Big Brother 2012. The Jersey Shore star known for his fantastic abs is on his way to conquering the overseas reality TV market with his latest appearance. The premiere episode of Celebrity Big Brother aired tonight in the United Kingdom and fans were shocked to see him enter the house — it was completely unexpected.

Mike was the first surprise guest to enter the house and as expected, his first move was a quick ab flash for the cameras. Would you expect anything less from Sitch? Just minutes later, Mike was brought right into the middle of the drama when his new roommate Cheryl tells him that she absolutely hates their other roommate, Julie, because she had an affair with her ex. Here we go… 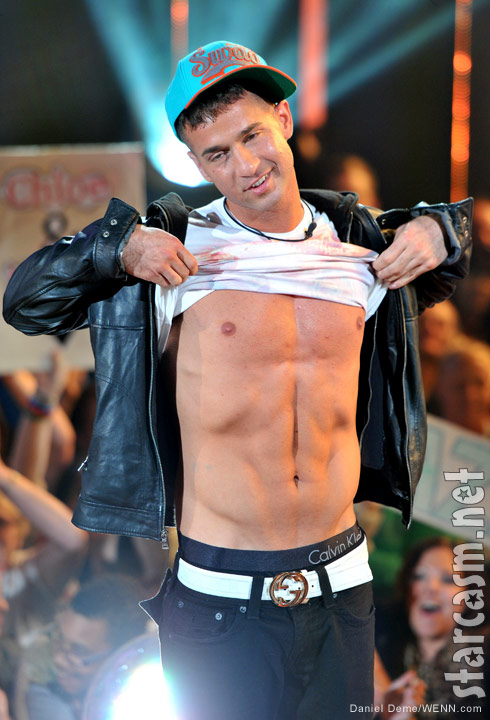 After meeting the rest of his roommates, many were left wondering who Mike is and why he’s called “The Situation.” Although Jersey Shore does air in the UK (months after it airs in the US), they have their own spin-off titled Geordie Shore, so Mike isn’t the phenomenon in the UK that he is here.

A UK viewer has also revealed that Mike seemed to being eying up one of his female roomates — the infamous topless model, Rhian Sugden. Ironically, Rhian was involved in a sex-texting scandal with a married man, Vernon Kay, a few years back. In addition to that, she seems to have a thing for celebs and has also hooked up with Russell Brand (pre-Katy Perry). Hopefully his new girlfriend isn’t watching. 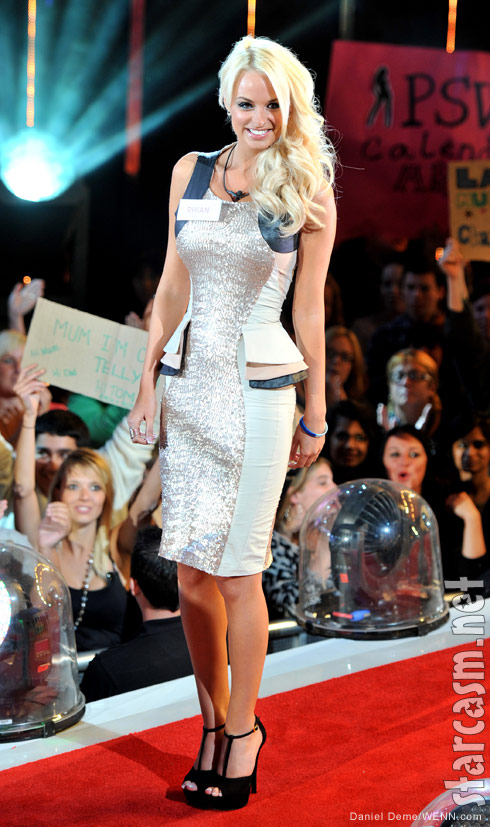 ^ Will cast mate Rhian Sugden be DTF with The Sitch?

Take a look at some info on our beloved Sitch straight from the official Celebrity Big Brother website:

Born in Staten Island, New York, Mike grew up in Manalapan Township, New Jersey. He worked as an assistant manager of a fitness centre and then, when he was 25, began underwear modelling. And then Jersey Shore happened.

Mike made more than $5 million in 2010 accrued through endorsements with a vodka company and a sneaker brand as well as a ghost-written autobiography, a rap song, a workout DVD, a vitamin line, a clothing line, and appearances including Jersey Shore and Dancing with the Stars.

On March 21, 2012, Mike confirmed that he had checked himself into rehab “to get control of a prescription medication problem.” He checked out of the treatment center on 4 April this year. Mike says he now ‘wakes up every day with a smile’. We can’t wait for him to crack that grin in the House when Big Brother sets off his alarm of doom every morning.

Joining Mike in the house is his fellow US reality star, Prince Lorenzo Borghese, a member of the Italian noble family who starred in The Bachelor. Although the appearance was unexpected, we think Mike will do great. He does have plenty of experience with roommates — and drama. Go Mike!

Fans can also catch Mike in the sixth and rumored final season of Jersey Shore which premieres October 4th.

VIDEOS ‘The Situation’s’ dad ‘The Confrontation’ brutally calls out son