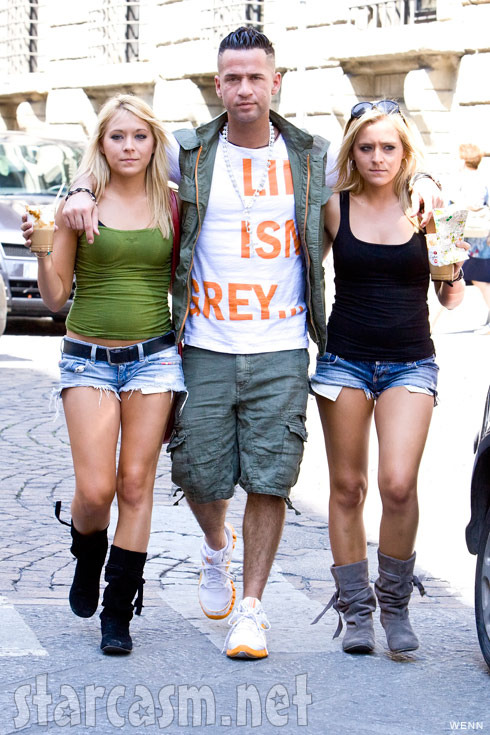 Brittany Taltos, one of the infamous twins who briefly “dated” The Situation in Florence, Italy during Jersey Shore Season 4, nearly died in a freak accident in Gainesville, Florida over the weekend when a friend drove over her head with his pick-up truck! Brittany (seen in the black tank top on the right in the photo above), who alongside her sister also appeared on Bachelor Pad, was taken to the hospital and given fifteen stitches. Luckily, she lived to talk about it.

According to the Gainesville Sun, Brittany was listening to music through headphones while sunbathing in her front yard when the incident occurred. She explained on Facebook, “There is no where to park where I was laying!! He was backing over the sidewalk and over our front path to pick up a heavy cooler on our front porch.” Once the driver had run over poor Brit, he heard her scream and pulled forward. 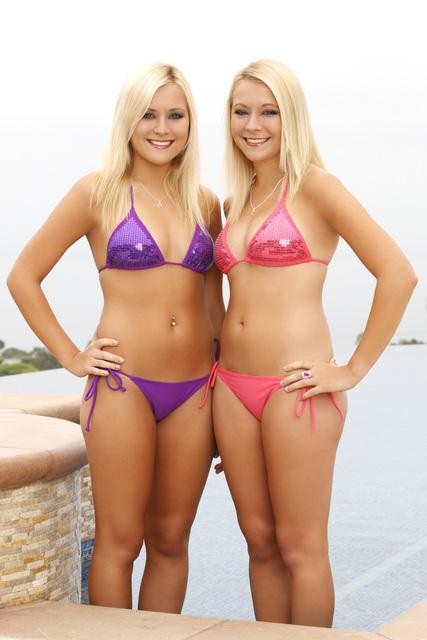 Brittany was taken to Shands at the University of Florida under a trauma alert where she received 15 stitches on the right side of her head. According to the report, Brittany also suffered from bruising and ear canal damage.

“I honestly thought I was going to die,” Brittany said yesterday. “I am in such a good mood today, even though my head is pounding.”

“It was very fortunate she was on softer ground where this occurred or the injuries may have been much worse if not fatal,” Gainseville Fire Rescue’s Lt. Tracey Hidgon told reporters.

As for the driver, 20-year-old Taylor Greer, he brought Brittany flowers during her hospital stay and was not charged or issued a citation for the accident. “I was very relieved, very relieved,” he says.

It’s a miracle that Brittany was so lucky. Her roommate, Diego Cabrera, told authorities that she had track marks on her head from the vehicle, and after paramedics transported her to the hospital, firefighters observed a “noticeable depression in the lawn” — most likely from Brittany’s head. Now that’s a serious twinjury!

After sharing her story on Facebook, Brittany apparently received a rather insensitive comment (since deleted) about the incident on Facebook and she responded angrily by typing:

IT WAS MY FRONT YARD!!!! There is no where to park where I was laying!! He was backing over the sidewalk and over our front path to pick up a heavy cooler on our front porch. If you don’t know the whole story then keep your mouth shut. You are judgemental, condescending and heartless.

We’ve been covering the Taltos twins ever since they were first photographed making an Italian Sitch sammich and we send out sincere get well wishes to Brittany and hope to see her and her twin (and her twins) doing great things in a bikini on the small screen again soon!