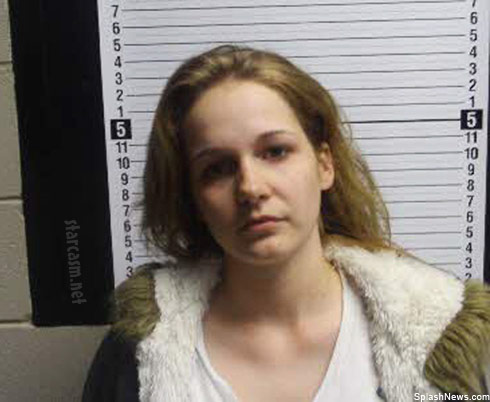 Jenelltdown 2011 continues full steam ahead! The latest chapter in the fallout drama after a video surfaced online of Teen Mom 2 star Jenelle Evans in a vicious fight with former friend Brittany Truett comes from the other Brittany – you know, the one who pushed Jenelle into Truett, which seemed to be the spark that set off the explosion. (That’s her mugshot above)

Brittany Maggard gave an interview to a videographer (who has an awesome British accent, BTW) in which she confesses to starting the fight and even going so far as to say, “I wanted to see ’em fight so I pushed her.” The video was first posted by TMZ earlier today and comes on the heels of Brittany’s confession yesterday in which she stated:

Jenelle wanted to go and fight Brittany [Truett] because of something with her man. She was scared and wouldn’t go fight by herself so I went to help her out. Ya I instigated it, but what the hell are we supposed to do? I wanted to see them fight!

In the interview Brittany answers a number of really great questions about the melee in one of the best paparazzi street interviews you will ever watch, including whether or not she thought the other Brittany deserved her beat down and what Kieffer Delp’s role was in the whole fiasco!

Here is the complete transcript:

TMZ: So what was that whole fight about the other day with Jenelle and Brittany?

BM: Ummm, pretty much over Kieffer.

TMZ: What about Kieffer?

BM: Umm, I guess Jenelle and Kieffer kinda broke up and they like started fighting’ and Brittany said something on Facebook and then that’s how it all blew up.

TMZ: So how come you went along?

BM: Because Jenelle called me and she pretty much wanted me to go with her because she was kinda scared. 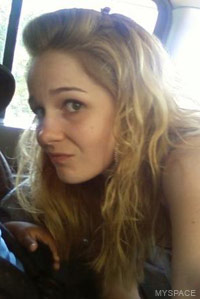 TMZ: Yeah, so you went along for backup?

TMZ: So do you think you instigated it?

BM: I mean yeah, It’s probably cuz of me, I wanted to see ’em fight so I pushed her.

BM: Somewhat because I’m getting in trouble. I went to jail, I stayed in jail and Jenelle got out, Brittany got out and then Brittany went and got charges out on me for pushing her, which I didn’t. I pushed Jenelle.

TMZ: So have you and Jenelle fallen out since this happened?

BM: We haven’t really talked. She got her lawyer to contact me the other day but I didn’t talk to him.

TMZ: Are you worried about the charges? Are you going to fight them?

BM: Uh yeah, kind of. But I don’t know. I just wish I had done it over a better friend than Jenelle.

TMZ: You guys not going to be friends any more?

BM: I mean I think that if I was trying to help her that she should try to help me but she is really not, she’s just worried about herself.

TMZ: What do you think about the Teen Mom show? Do you think it’s kind of encourage other teen moms to be violent or is it just showing what it’s like around here?

BM: I mean it’s not really showing what it’s like around here because Jenelle’s not from here, but I think that it does kind of encourage them to act crazy because she knows she’s going to get on TV and she knows people are going to talk about her and that’s what she likes.

TMZ: What do you think about the other Brittany? Was she at fault in any way for this whole fight?

BM: Um, I don’t really think that she was at fault but I mean she did talk crap to Jenelle before we went over there, but I think it’s messed up that she took out charges on me.

TMZ: Do you think she deserved what she got? Brittany? Because it was a pretty rough fight wasn’t it?

BM: I mean, if you’re gonna talk all that crap I think you should at least back it up. She’s the one who called and was like talking all the mess. I think she got what she deserved because if she wasn’t ready for all that then she shouldn’t have started it.

TMZ: And what about Kieffer? Do you think he’s to blame in all of this?

BM: Oh, I have nothing to say about Kieffer. He’s a mess.

TMZ: You guys are not friends?

BM: No, I mean I’m friends with him, he’s just – I don’t know if it’s all true what Britany says. I mean it’s girls fighting over guys. It happens all the time.

TMZ: Alright then. Well good luck with all of them charges Brittany. Take care.

While doing a bit of research on Brittany Maggard I discovered that she is no stranger to North Carolina court rooms. According to the official court dockets for the District Criminal Courts located in Bolivia, North Carolina Brittany was previously in trouble for misdemeanor larceny (May, 2010), simple assault (June, 2010 – voluntarily dismissed) and possession of marijuana up to one-half ounce (January, 2010).

Those girls from Brunswick County DO NOT play!