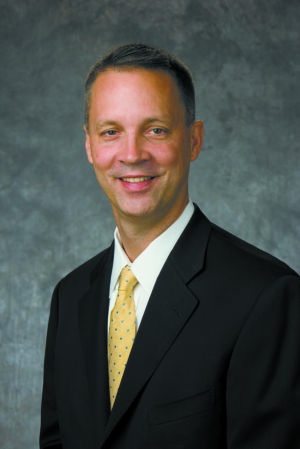 Clawson speaks four languages, but only three of them tactfully.

Curt Clawson is the Florida 19th’s Congressional representative. He won a special election in his heavily Republican district with the Tea Party’s backing, took office on June 25th, and has been there just long enough to feel good about himself.

On Friday, during a routine hearing of the House Subcommittee on Asia and the Pacific, that all changed.

Clawson, for reasons known only to himself, spoke to two senior officials from the State Department as though they were not American citizens, but were, in fact, citizens of the country of India.

But none of that stopped Clawson, who barreled through his remarks with power and confidence for the ages:

The best part of the intensely awkward video has to be the look on Clawson’s face as he finishes his remarks. The one that says: “Yup. Nailed it.”

None of the other Representatives on the panel, Republican or Democrat, corrected Clawson publicly. Presumably because he’s only been a member of the subcommittee since July 9.

Representative Eliot Engel of New York did take one subtle swipe at Clawson when it was his turn to speak. Attempting to repair whatever small portion of the damage he could, Engel addressed Biswal and Kumar, saying “Thank you both for your service to your country, it’s very much appreciated.”

Clawson, for his part, did apologize later that day: “I made a mistake in speaking before fully briefed,” he said. “I’m a quick study, but in this case I shot an air ball.”