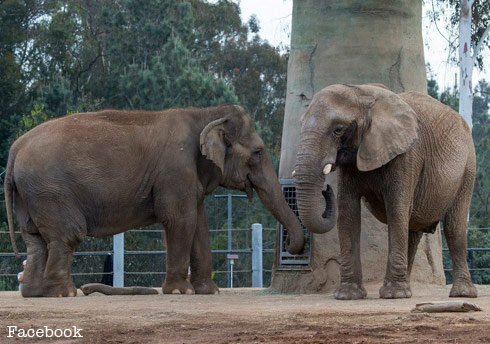 A wild-born African elephant by the name of Mila was held in captivity alone in New Zealand for over 30 years as a circus’ lone elephant. The now 41-year-old pachyderm was transferred to a zoo in Auckland where she continued to remain by herself.

Mila was the charge of Helen Schofield while at the zoo in Auckland and it became Helen’s dream to have Mila integrated with others of her kind. After Helen was tragically crushed to death during an accident involving Mila in 2012, her cause was taken up by supporters of the zoo and other staff who raised nearly $1.5 million to have Mila relocated.

Mila’s destination was the San Diego Zoo, After arriving via aircraft she had a period of isolation in quarantine before receiving a clean bill of health.

In the following clip, Mila meets another of her kind for the first time in nearly 4 decades as she is greeted by the matriarch of the herd, Mary. There’s almost no hesitation as the two intertwined trunks in one of the most elephantastic moments you’ll ever see.

This initial encounter took place with a wall as a barrier but since that time Mila and Mary have been allowed to roam in the same yard and by all indications they’re getting along great.

Ron Ringer, lead keeper at the Sand Diego Zoo, said: “Mary walked up to Mila and they both started eating from the same tree. This is a great behavior to see because they were both calm and accepting of each other and it’s one of the types of things we look for with animal introductions.” 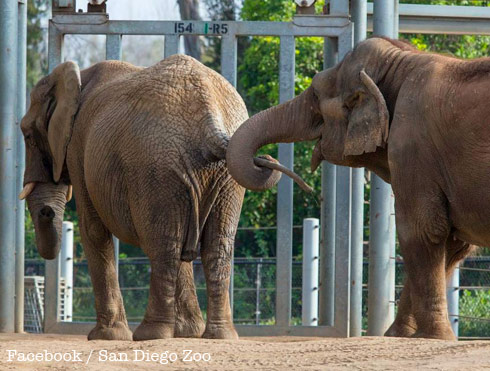