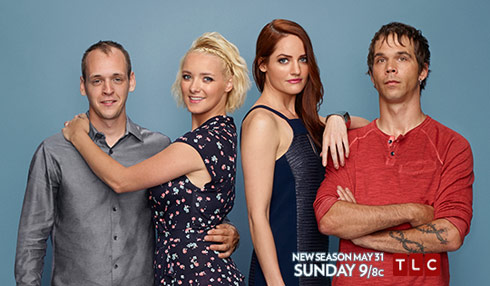 The Breaking Amish OGs return to TLC on May 31 for their fourth (and reportedly last) season, and earlier this week the network released the first preview trailer that indicates fans are in for lots of drama, including more arrests, medical emergencies, and Jeremiah being a dad!

Here’s what we know:

The medical emergency and 911 call is for Mama Mary Schmucker, who had a couple of health scares over the last year. She was first hospitalized (as far as we know) in January from complications due to multiple hernias. Doctors at the time were able to treat Mary’s issues externally and avoid surgery, but she later returned in late March when she did have surgery. Her recovery SPOILER ALERT went extremely well, and she was back home on April 3.

The clip references Andrew going back to jail, which we reported on back in November. Andrew was sentenced to seven months in a state institution, seven months in a Drug/Alcohol program, and seven months in a halfway house and transition home after reportedly failing a urine test. According to online records, Andrew is still behind bars at Pennsylvania’s Quehanna Boot Camp in Karthaus.

As for Mary asking Chapel why Andrew was in jail and she wasn’t, it has been rumored online that Chapel has also had issues with drug abuse recently. (There are also reports that Chapel had a family member arrested in a drug bust involving heroin in March.) This is all unconfirmed, but would seemingly explain Mama Mary’s question in the clip.

Chapel also caused a bit of a backlash after launching a GoFundMe account to raise money to receive alternative treatment for her cancer back in July. She later opted to not go to Mexico and revealed in September that she used the money for chemo therapy instead. 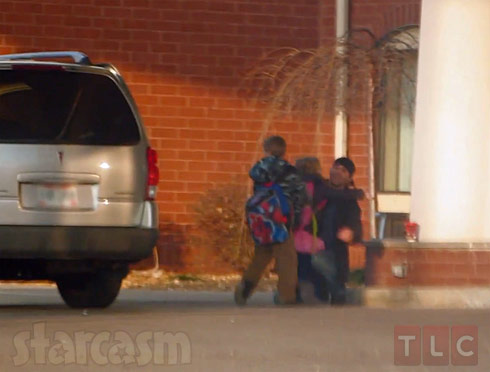 Yes, those apparently are Jeremiah Raber’s children (above) in the clip! He confirmed on Facebook this week that fans will be seeing the three children he had with ex-wife Naomi Stutzman on screen. “This new season you will get to see my 3 kids for the first time!!!” he wrote.

The whole B&B thing is news to me! That’s what Mama Mary says, right? “I’m just hoping this B&B will help me get my family back together.” So perhaps the whole crew is working together to launch an Amish-themed bed and breakfast, and the “Fake Amish” graffiti is perhaps the result of the local Amish peeps not being too happy about it? (I would suggest that it might have been the doings of the infamous Amish Mafia, but I’m pretty sure they would have just burned the place down.) 😉 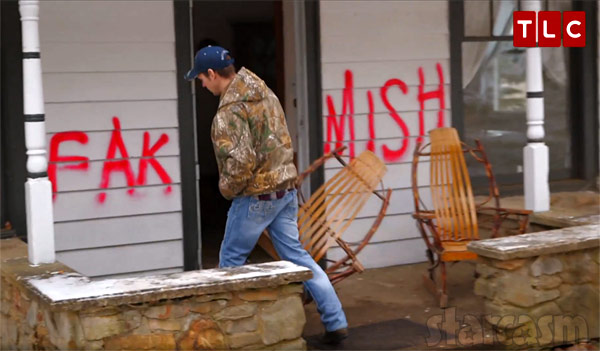 There’s not a lot in the preview about Kate Stoltz, other than her return when finding out about Mama Mary’s health issue and the fact that she is still kickin’ ass as a professional model. (It is interesting that Mama Mary’s sewing skills are put to use in what appears to be a real deal fashion shoot, most certainly a result of Kate in some way.)

As far as what wasn’t in the clip, namely Sabrina High, Jeremiah confirmed she would not be back this season. The reasons are still not known, although she has reportedly had numerous personal issues since giving birth to daughter Oakley last March.

Unfortunately, Mama Mary Schmucker revealed yesterday that this would be her last season on Breaking Amish. Rebecca responded to our story about the announcement on Twitter and suggested it was everyone’s last season. 🙁 However, she also hinted that just because they wouldn’t be back on Breaking Amish, that doesn’t mean they won’t be back!

Like the best photo ever!! Yes it's our last season on this show but you never know what the future will bring!! https://t.co/OZPMMT6XWh

So maybe we should be looking for the premiere of the new reality series Bed & Breaking Amish soon! (If it means seeing Jeremiah in a bellboy uniform, then sign me up!)

Why isn’t Kate Stoltz on Return To Amish this season?