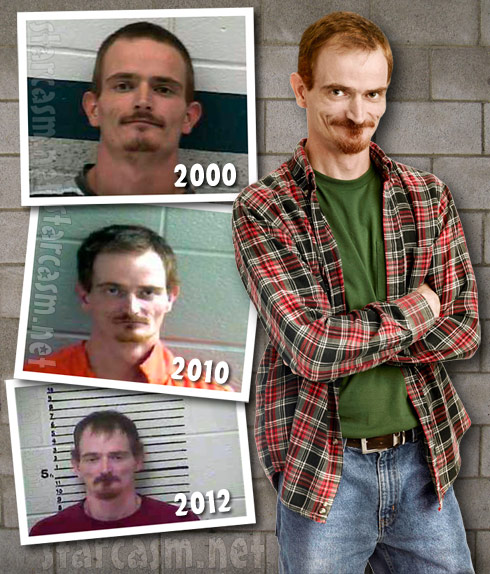 Fox kicked off its brand new reality series / social experiment Utopia last week, and although the cast is chock full of memorable characters, none stand out like “Hillbilly Handyman” Red. As we mentioned in a previous post, Red’s real name is Arthur Vanwinkle and he was the star of Discovery’s short-lived renegade marijuana grower reality series Blue Grass Boys in 2013. As you might have guessed, being a marijuana grower has put Red in a few sticky legal situations so to speak, something he has alluded to on the show.

We did a little digging and found three separate occasions in which Red was arrested — all of which were in his home state of Kentucky, although all three were in different counties. 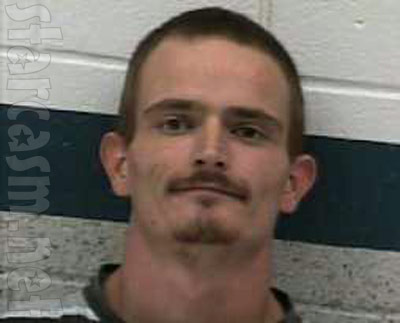 The first arrest we found (mug shot photo above) was in September of 2000 when Red was picked up in Breckinridge County after a warrant had been issued for his arrest. It is unclear what the warrant was for. 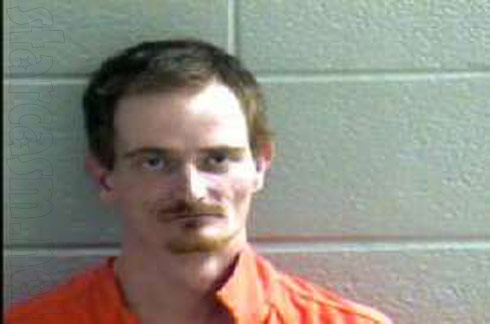 In 2010 Red was charged in Laurel County with operating a motor vehicle under the influence and failure to wear a seatbelt. 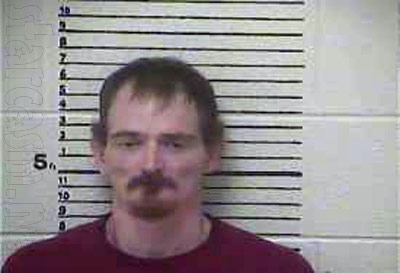 His most recent arrest (that we could find) came in December of 2012 when Red was booked in Clay County on charges of marijuana possession.

Nothing we found indicates Red has any history of a felony charge or anything non marijuana/alcohol related, which he had been accused of on an online forum soon after Blue Grass Boys aired. A poster wrote (rather poorly), “red aka art vanwinkle three time con thi ks he can legally run for mccreary judge lololololol.”

Red (or someone claiming to be Red) responded with, “I have been to jail a few times, but I am not an excon, or convicted felon,” which seems right in line with what we were able to find. Red then displayed his boisterousness Utopia fans are already all too familiar with. “This is just another lie by this coward. You are a joke, and nobody likes you. Do something with your pathetic life, LOOSER!!!”

Be sure to keep up with all of Red’s antics on Utopia twice a week — Tuesdays and Fridays at 8/7c on Fox!

Oh, and in case you had questions about Utopia (like where it is filmed, etc), be sure to check out our post in which we answer some of the most commonly asked questions!