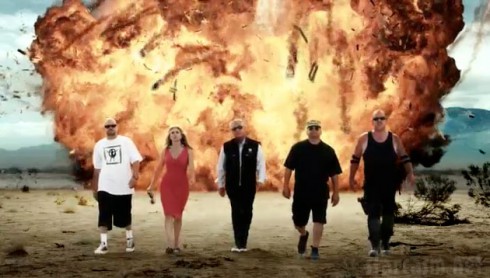 Storage Wars is the most popular television series in the history of A&E and the network has shown their appreciation with a Hollywood blockbuster style trailer for the show’s third season, set to premiere June 5th at 10pm/9c. The trailer features cast members Barry Weiss, Darrell Sheets, Dave Hester and dynamic duo Brandi Passante and Jarrod Schulz as mercenaries competing for “stuff” with the aid of guns, explosions, a flame thrower, and… a monkey?

A&E is billing the new season as “this summer’s biggest lockbuster,” which we’re betting is a Barry Weissism. (Or a “Weiss crack” as they’re sometimes called.) “We’re trying to tap into the whole blockbuster movie event,” says Guy Slattery, senior vp, marketing, A&E and BIO. “There are lots of shows in this space. But the characters on this show are really larger than life.”

The elaborate spot, which will be shown as previews before “real” summer blockbusters on 19,000 movie screens nationwide, was filmed in the California City desert last month over a period of two days.

UPDATE – Check out this clip with some “Storage Wars: Summer Lockbuster” behind-the-scenes footage in which the commercial’s creator and some of the cast members talk about the making of the elaborate trailer. (The BTS stuff starts after the trailer, right at the 60-second mark)

Here’s a rundown on each of the cast members’ characters in the commercial: 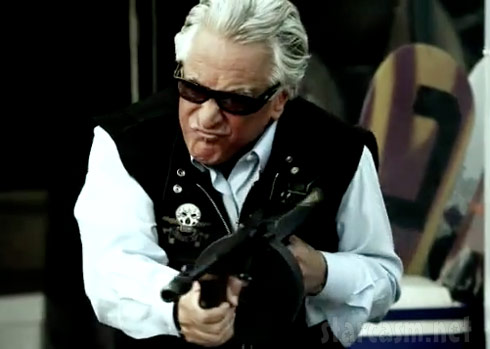 BARRY WEISS is retro chic as he and his primate “lil fren” look like a couple wiseguys – or should I say Weissguys – from the 1950s with their Dick Tracy inspired suits and Tommy guns. Here’s the second greatest Storage Wars animated gif ever created (number one is coming shortly in this very post!): 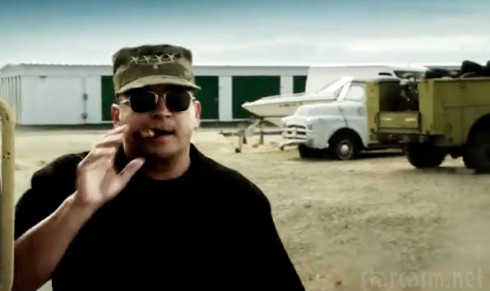 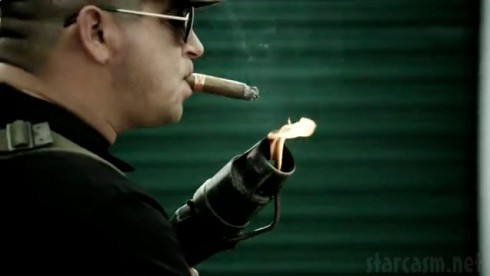 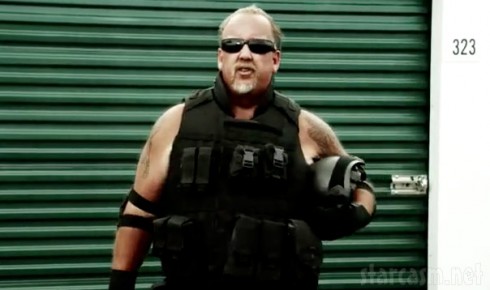 DARRELL SHEETS decided he would quit repelling people averse to tanktops and body hair and start repelling walls! Well aware of his fashion notoriety, Darrell pokes a little fun at himself as he responds to the narrator’s announcement that for the upcoming season “the gloves are off” by adding, “so are the sleeves!” 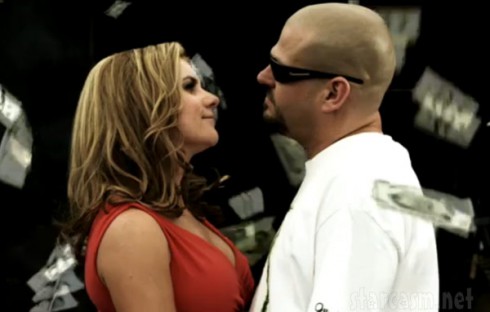 Last, but certainly not least, are the First Couple of storage auctions, Brandi Passante and Jarrod Schultz. These two arrive in a sleek silver sports car and give us a wonderful synopsis of their on-screen romance by nearly giving each other a kiss just before Brandi slaps the buhjeezus out of Jarrod in what made for the greatest Storage Wars animated gif of all time!

(Momentary pause to state the obvious… Perhaps it because of the company she keeps, but Brandi is so damn attractive y’all! And she’s lookin’ good in that red dress!) 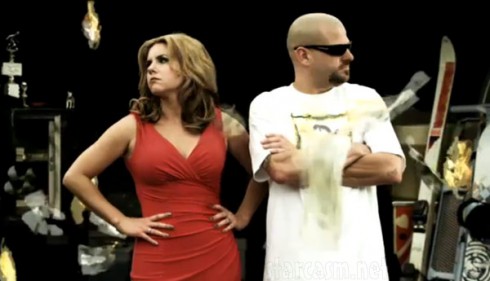 I absolutely LOVE how A&E is embracing the characters on this show! This trailer is really amazing and fun, and I absolutely cannot wait for that first locker door to go up on June 5!

All photos and video: A&E