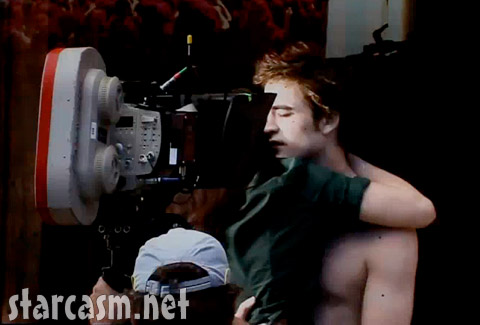 Here’s some old-school bootlegged video footage of an exclusive behind-the-scenes clip about the making of Twilight New Moon that was just shown at The 4th Rome International Film Festival.

Hmmm..they deleted that pretty quick. Here are some others:

Release the movie already!!! Teenagers and celebrity bloggers the world over have had enough teasers! For the former it has been like a three-month lap dance and for the latter (including myself) it has been like planning a kid’s birthday party for three months! Let the kids party!