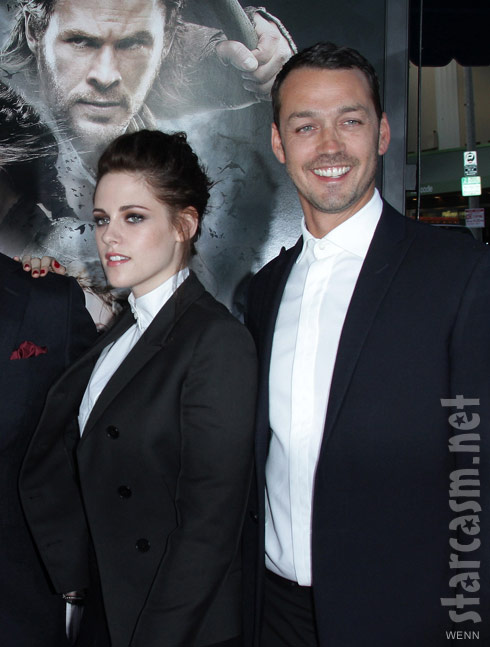 This week’s issue of Us Weekly broke the story that Kristen Stewart appears to have cheated on her boyfriend, and Twilight co-star, Robert Pattinson with Snow White and The Huntsman‘s married director Rupert Sanders. Though many fans have remained in denial about the alleged affair, Kristen all but confirmed it in an apologetic statement released today in which she apologizes to Robert Pattinson for her actions.

Here is her statement:

“I’m deeply sorry for the hurt and embarrassment I’ve caused to those close to me and everyone this has affected. This momentary indiscretion has jeopardized the most important thing in my life, the person I love and respect the most, Rob. I love him, I love him, I’m so sorry,”

UPDATE – Rupert Sanders has issued his own apologetic statement – Click here to read it!

Photo: Kristen Stewart and Rupert Sanders together at the Snow White and the Huntsman premiere. (Credit: Faye’s Vision / WENN.com)