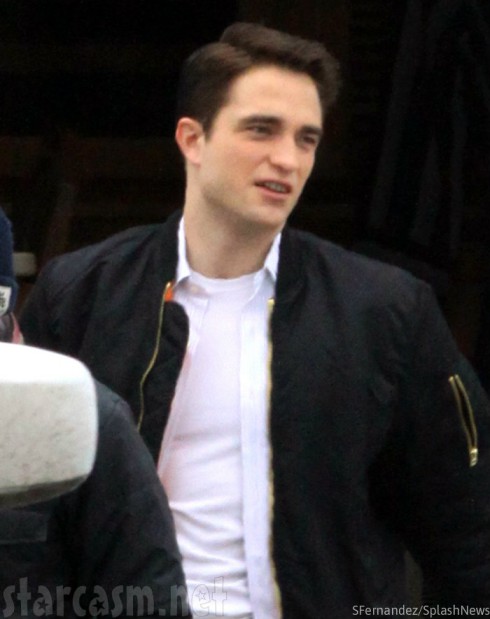 My goodness! Is it just me or does Robert Pattinson look better than ever in these pictures from the set of Life?

He was photographed today in Toronto, where he’s filming the upcoming movie — which is based on the friendship between Life Magazine photographer Dennis Stock and James Dean before the actor’s break-out role. Initial reports pegged Robert in the James Dean role and co-star Dane DeHann as Dennis Stock. Producers later clarified Robert is the photographer and Dane is Dean. 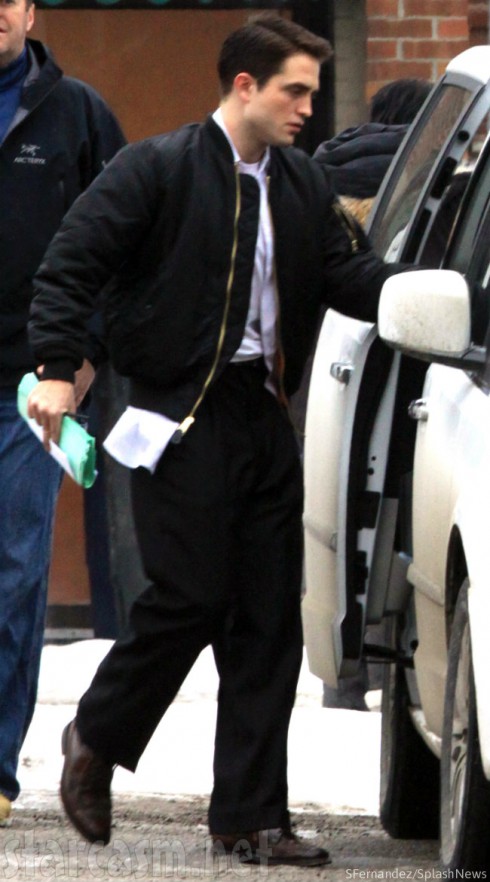 Robert, who previously admitted to neglecting his personal hygiene, looks dapper in the 1950s garb. He also dyed his hair darker and is unusually clean-shaven.

Life began filming this week. It’s scheduled for release in 2015.