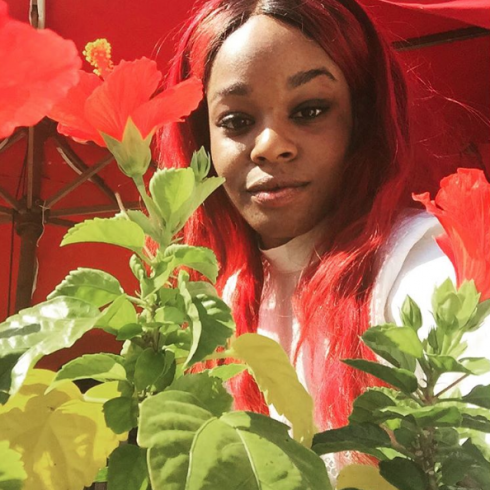 Oft-feuding rapper Azealia Banks is in headlines again–and, again, it’s not for anything related to her music. Banks was on a Delta flight from New York to Los Angeles last night when she got into a dispute with a flight attendant, and dropped some ugly language in the process.

According to eyewitnesses, what happened was this: when the flight landed at 1 AM, Azealia Banks “made a beeline” for the exit. However, a French couple several rows in front of her blocked her way, as they were removing their luggage from the overhead bins.

Banks tried to press by, but the French man put his hand out, further impeding her flow. At that point, Banks “went nuts…she spit in the man’s face, punched him in the face and clawed at his shirt.”

A flight attendant rushed in to try and calm matters, and took Banks’ bag in the process. At that point, Banks turned her attention–and her wrath–to him. The following video captures her exchange with the flight attendant, along with what appears to be one of the plane’s pilots, who enters near the end of the clip.

Be warned: this video contains rather NSFW language.

Azealia Banks got off the plane before the police arrived, but authorities caught up to her at the baggage claim. Banks claimed that the French man hit her in the face, and said “I don’t tolerate b*tcha**-ness and I don’t tolerate men putting their hands on me.”

However, at least one eyewitness disputed that claim, saying that the Frenchman simply put his hand out to try and get Banks to wait.

The couple, who are in America on holiday, have said that they do not intend to press charges, because they want to continue enjoying their vacation.

Studio before my flight tonight

Azealia Banks says Russell Crowe choked her, spat on her, and called her n-word