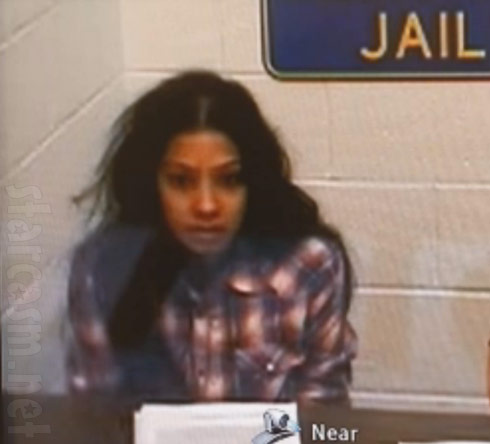 Yesterday we posted a couple video clips taken from Buckwild star Salwa Amin’s arraignment after she was arrested Monday morning in West Virginia and charged with four felony counts of drug possession with intent to distribute. Thanks to WCHS TV we now have access to the entire arraignment, which was conducted live via video with a very tired Salwa still in custody at the Central Regional Jail.

Here is the Nicholas County video feed of what Salwa had to say during the arraignment, which includes what could turn out to be a very important factor: Salwa says the “outhouse” she and the two other men arrested were found in (as well as the heroin and Oxycodone) has its own address separate from the main house, which is the address on the search warrant used by police.

I am far from a legal expert, but I’ve seen enough episodes of Law & Order to know that the “letter of the law” means exactly that more times than not, and if the police didn’t have a search warrant for the property Salwa, the other two suspects, and the drugs were found on, that could be a serious bugaboo in the prosecution’s case. Any legal eagles out there want to offer up their opinions on the matter? Could a claim of “probable cause” be enough to allow evidence obtained from an address not contained in the warrant?

(Video may not be viewable on some mobile devices)

(It’s also interesting that Salwa clearly states that she wants an attorney appointed for her and then the judge instructs her to check the form indicating she would be hiring an attorney. It’s seemingly a simple misunderstanding, but with the law that can be a major issue.)

Judge: How are you today?

Judge: Have you had an opportunity to look at the complaints?

Judge: We’re going to let you take a look at the complaints, OK?

[Salwa looks over the complaints] 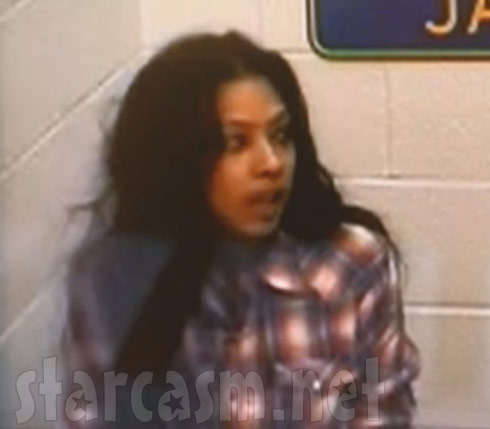 Judge: Before you say anything I’ll need to go over your rights with you OK?

[The Judge verifies Salwa’s address and has her write some information on the form including her phone number and the last four digits of her social security number. The Judge then read off all four felony charges against Salwa as well as the potential penalties.]

Judge: Do you understand what you’re charged with and what the penalties could be? 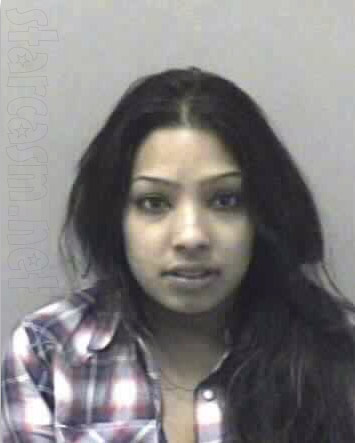 Salwa: These – these aren’t right! All these things that I’ve been charged with are totally wrong. Um, the officers that came and searched me, they didn’t find anything on me.

Judge: OK. We’ll let you talk with your attorney about that, OK? OK, under number 3, I’ve informed you that you have the right to be represented by an attorney … If you cannot afford to hire an attorney and you meet the financial guidelines, the court will appoint you one. Do you want to get your own attorney? Do you want one appointed? What do you want to do on these charges?

Salwa: Um, I’ll get one appointed.

Judge: OK, I want you to put your initials on line B where it says “I want to hire an attorney to represent me,” and sign that if you understand what the charges are, the penalties, and your right to an attorney.

Judge: Do you understand your right to bond?

Judge: OK, if you understand your right to bond, sign where it says “Defendant’s signature” please.

Salwa: [to the officer with her] Does he not understand what I’m saying?

[Salwa signs the form. The judge explains she will have a preliminary hearing. He then has her look at another bond form and explains what information she needs to put on it and where to sign.] 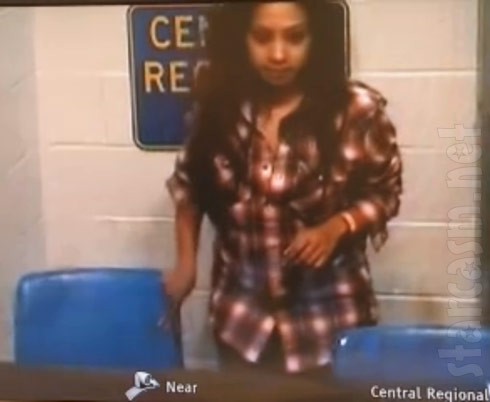 Salwa: Can I ask you a question sir?

Judge: Have a what?

Salwa: Your honor. Can I ask you a question your honor? Can you hear me?

Salwa: Can you hear me?

Salwa: Um, I was just wondering, um, I don’t have any past record, like, I don’t have a bad history, um, I just want to know, like, why my bond is so high, but I’ve never had a felony before.

Judge: It’s what we have elected to set the bond at for these type of charges in Nicholas County.

[The Judge goes over details about the bond and what is required of her as far as mandatory appearances, etc.]