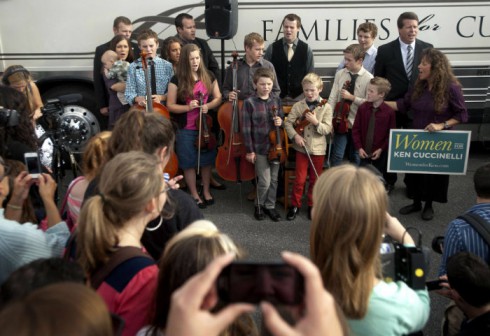 Although 19 Kids and Counting tends to steer away from Michelle and Jim Bob Duggar’s political and religious beliefs, the prolific parents are actually quite vocal about their stances — especially when it comes to the pro-life/pro-choice debate.

“I heard Governor Huckabee speak and he was sharing how he had taken his daughter Sarah over to one of the concentration camps… He said, as they were walking out of that concentration camp, he said little Sarah… looked up at him and said, ‘Daddy, why didn’t somebody do something?’ And, you know what? That’s where we’re at in our nation,” the former Arkansas state legislator said. “Do we want our children, when we’re going to tell them about how great America was, they’re going to look at you and say, ‘Why didn’t somebody do something?'”

When asked to clarify his statement, Jim Bob reportedly doubled-down.

“Let me clarify, we have since 1973 had 55 million abortions, so what we have going on is a baby holocaust.”

“Veterinarian clinics for animals in Tennessee have higher standards in health and safety laws than there are for the abortion clinics involving human life. We must join together and end the baby holocaust that is taking place right here in Tennessee,” Michelle said during an Oct. 7 event.

Although representatives from the Cuccinelli were quick to say they did not invite the Duggars to Virginia and aren’t officially affiliated, sources report the two families have met.

“Ken Cuccinelli needs to immediately ask his surrogate to leave Virginia,” Josh Schwerin, a spokesman for the opposing Terry McAuliffe campaign, told Washington Post. “Mr. Duggar’s divisive, hurtful and extreme rhetoric has no place in this campaign for governor.” 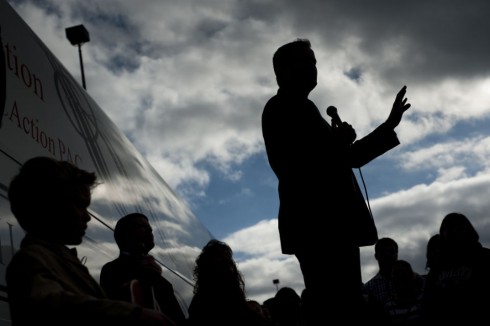 When Jim Bob and Michelle do head back to Arkansas with their younger children, the next generation of Duggars are poised to continue the mission: Josh Duggar (pictured above) is the new executive director for FRC Action, a Washington-based lobbying group. Even Ben Seewald, who is courting Jessa Duggar, takes a strong stance on the pro-life/pro-choice issue. He recently tweeted, “Abortion: Would it bother us more if they used guns?”

BEFORE & AFTER Derick Dillard’s weight loss sparks concern among fans