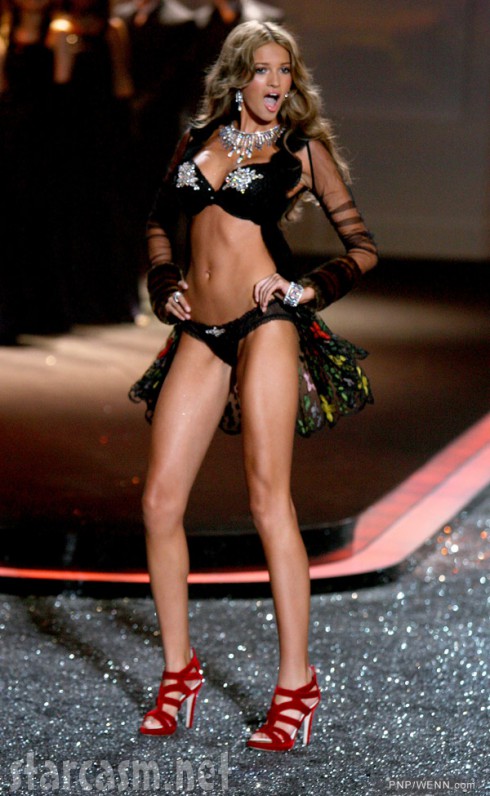 Kylie Bisutti stirred up controversy earlier this week after doing an interview about her soon-to-be-released book I’m No Angel: From Victoria’s Secret Model To Role Model. In the book, Kylie chronicles her journey as a model and slams Victoria’s Secret for exploiting her. At one point, she claims to have modeled a sheer bikini for the brand which later ended up on a p0rn site (they reportedly promised her they’d photoshop if it was necessary). Kylie says she felt like a “piece of meat.” Now, Victoria’s Secret is responding, denying Kylie’s allegations. 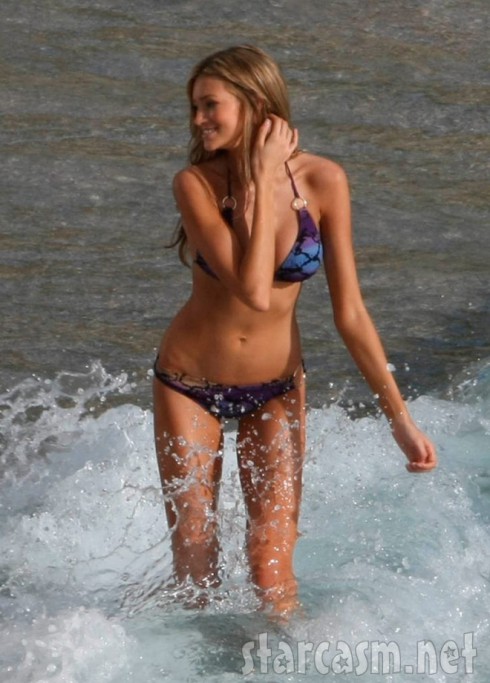 ^ Kylie Bisutti models a sexy bikini on the beaches of St. Barths during a December 2009 photo shoot for Victoria’s Secret. (Photo: TRB/Fame Pictures)

It was during a shoot with FHM that Kylie really hit rock bottom when it came to her modeling career. The photographer on the shoot kept pushing her to pull up her shirt and use sheets to cover her as if she was panty-less. “This is what Victoria’s Secret models do,” he told Kylie. “This is why they hired you. If you want to be like Gisele, this is what you have to do.”

“I was being paid to strip down and pose provocatively to titillate men,” Kylie said about the shoot, which ultimately was the reason she quit modeling. “It wasn’t about modeling clothes anymore; I felt like a piece of meat.”

During her career with Victoria’s Secret, Kylie says that the brand tried to get her to go on dates with people and be flirtatious, despite her marriage to Mike Bisutti.