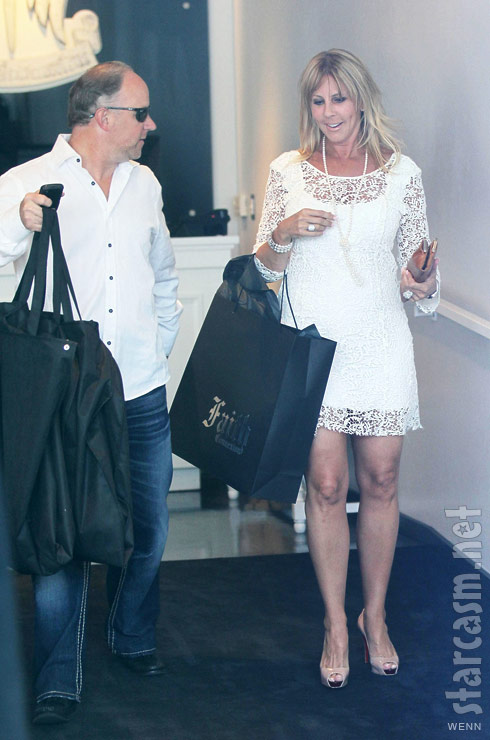 There’s a zesty twist arising in the world of The Real Housewives of Orange County! News of the financial status of Vicki Gunvalson’s rebound boyfriend, Brooks Ayers, is showing that all is not as perfect as she’d like us to believe.

It seems Ayers has been filling up Vicki’s love tank with somebody else’s fuel, namely that of his ex-wife Kim and ex-girlfriend Nicolette Catanzarite. Between both women Ayers is nearly $40,000 behind in child support payments for a combined total of four children – three with Kim and a 16-month-old son with Nicolette. Ayers is so far behind, in fact, that he was arrested twice in 2010 for failing to make payments to Kim. 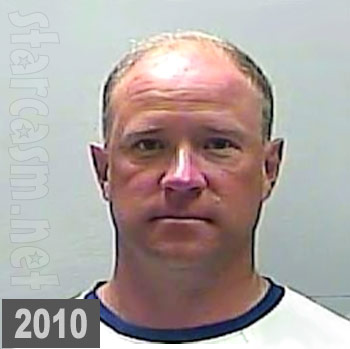 ^ Brooks Ayers mug shot photo from his 2009 arrest in Lee
County, Mississippi for failing to make child support
payments to his ex-wife Kim.

Nicolette Catanzarite, a hair stylist from Indianapolis, spoke with Radar Online about Brooks and told them her initial impressions were very similar to that of Vicki’s:

“I once thought of Brooks just what Vicki said on the show; he was the sweetest southern guy in the whole wide world,” said Nicolette. “But over the last two and a half years, I have slowly realized things weren’t right. He’s the catch-me-if-you-can type of guy. He’s definitely a deadbeat dad.” 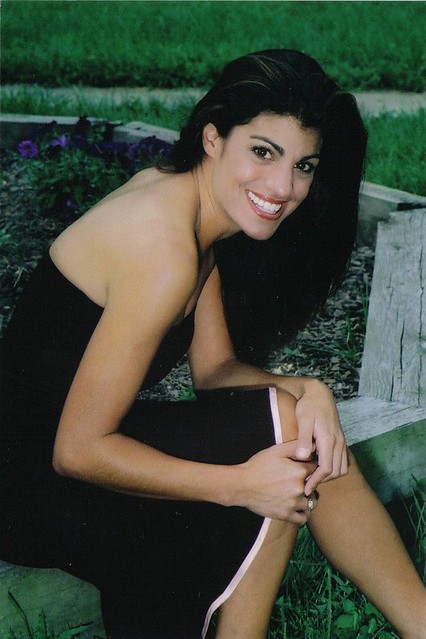 Nicolette claims Brooks Ayers owes her $900 a month plus $19,000 in arrears. “I want the bastard to pay child support!” she says.

Brooks’ ex-wife Kim had similar things to say about him, telling Radar:

I don’t want him back. What I want is the child support. He ought to do the right thing and take care of his kids.

She then warned Vicki that things aren’t always as they seem with Brooks:

Sometimes you don’t know people. You have a choice to make. Do your homework! It’s not hard.

During his incarceration in Mississippi for nonpayment, Gunvalson appealed to the judge on Ayers’ behalf via a hand-signed letter, asking for his immediate release. We know you’ve got his back, Vicki! Also noteworthy is that she penned this letter in August, a full two months before she filed for divorce from her own husband, Donn. In the letter she referred to herself as “a personal friend” of Ayers, but at what level their relationship truly was at that time remains vague. Here is the full letter thanks to Radar Online:

I am a personal friend of (David) Brooks Ayers and am acting on his behalf at this time. He was arrested last night on a child support arrearage order, that was unknown to him and currently is in the Lee County Jail.

Due to the fact I live in California, I am unable to deliver this request personally, and after speaking with Beth Burnett at the Chancellory Court department, she suggested I fax this to you instead.

This letter is requesting a hearing before a judge as soon as possible. In addition, we are also requesting transport from the Lee County Jail in Tupelo, MS to the courtroom for his case to be heard.

Please call me if you have any questions whatsoever. [redacted]

Gunvalson, who owns her own life insurance company, has often been outspoken on the show about the need for women to protect their financial stake in romantic relationships. When co-star Gretchen Rossi’s boyfriend, Jeff Beitzel, was dying of cancer, Gunvalson insisted Rossi deserved monetary compensation for her care giving efforts. With fellow housewife Jeana Keough on her side, she pushed for Rossi to get listed as a beneficiary on Beitzel’s life insurance policy.

Now that Rossi’s current boyfriend, perpetual housewife hanger-onner Slade Smiley, is himself over 100K behind in child support payments to his ex-wife, Gunvalson is again not holding back in voicing her opinion that a man needs to pay his obligations. On last week’s RHoOC reunion show she joined Tamra Barney in the rally cry against Smiley’s deadbeatedness.

As you might have guessed, these recent revelations about Gunvalson’s new beau were music to the ears of Gretchen, who shared these tweets (1, 2) on June 15:

Ironic that @Tamrabarney won’t say anything about this, but beats up Slade

Geez Karma is my friend lately! That is why you never judge someone cause one day u could end up in the same spot!

Though Ayers has indeed ponied up $20,000 since his eventual release from jail, he remains in arrears. Not surprisingly, Gunvalson has yet to comment on Ayers’ situation.

Stay tuned, this season of RHoOC may be over but the drama continues…