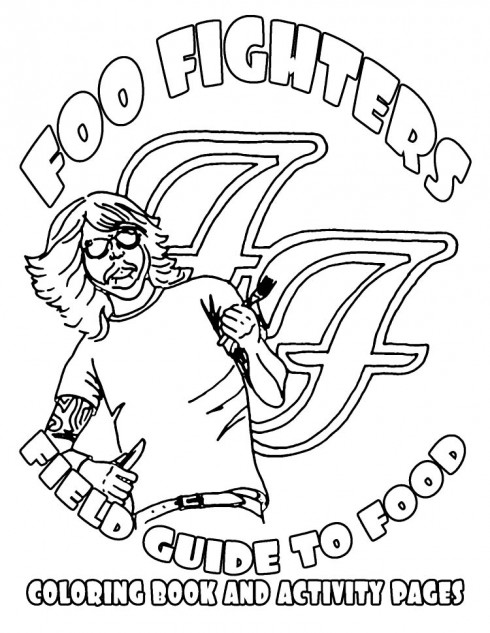 Remember back when we all thought Van Halen was wacky and pretentious for demanding the removal of all brown M&Ms from their dressing room buffet? That all seems mundane now that we’re privy to the latest tour rider provided by the Foo Fighters. But the 52-page tome isn’t merely for readin‘…it’s also chock full of word-finds, coloring pictures, and mazes. The Foo’s 2011 concert rider was designed to make it impossible for venues to screw up delivery of the needs and wants of the band. It’s informative AND fun! (And maybe just a bit pretentious and wacky.)

In the section titled the “Field Guide to Food”, one cartooned activity is “Circle what doesn’t belong in a salad.” Lame entree/Awesome entree is a coloring page. 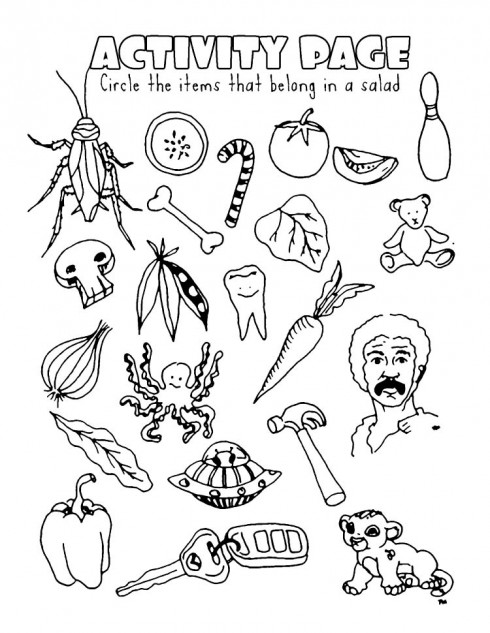 Sprinkled throughout the rider are random facts that have absolutely nothing to do with concerts, music, or legal mumbo-jumbo. It includes hings like, “Chewbacca did not get a medal at the end of Star Wars, which is a travesty.” And for those wondering, light sabers and tridents are expressly forbidden in the concert venues. Jeez, Dave Grohl’s getting crotchety in middle age.