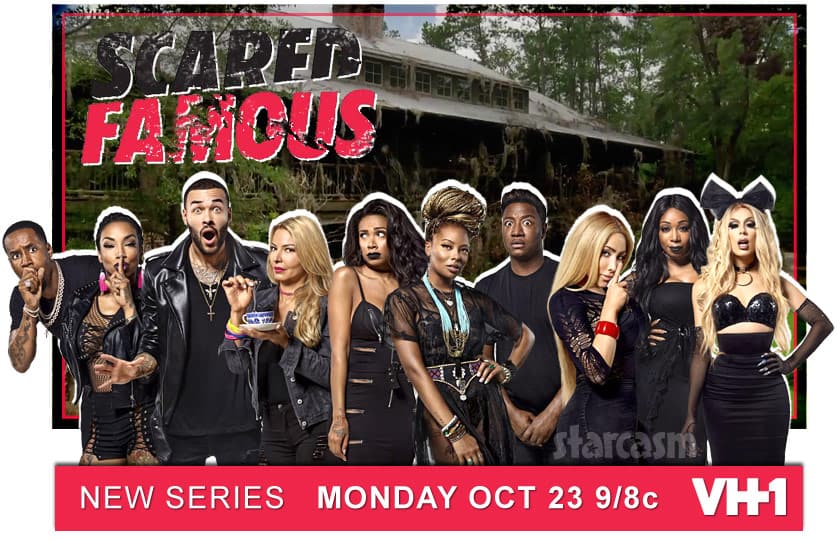 VH1 has assembled one of the greatest casts of all time for its new reality show venture Scared Famous, which looks to be a mix between Celebrity Big Brother and The Amityville Horror, with a little dash of Midnight In the Garden of Good and Evil sprinkled on top.

Here are the show deets from the network’s press release:

VH1 today announced the new spine-chilling competition series “Scared Famous” will premiere on Monday, October 23rd at 9PM ET/PT. Legendary rapper Redman is named the Master of Scare-a-Monies for 10 of the biggest reality stars as they try to endure gruesome challenges and terrifying scares that pay homage to recent horror hits. Over 2 weeks, these celebrities will move into an eerie estate in Savannah, Georgia, one of America’s most haunted cities, and test their limits for a chance to donate $100,000 to his or her favorite charity. They must rely on alliances, strategy and friendships, but supernatural forces beyond their control may be their true undoing.

And just in case you needed a Scared Famous cast guide, we created one for you: 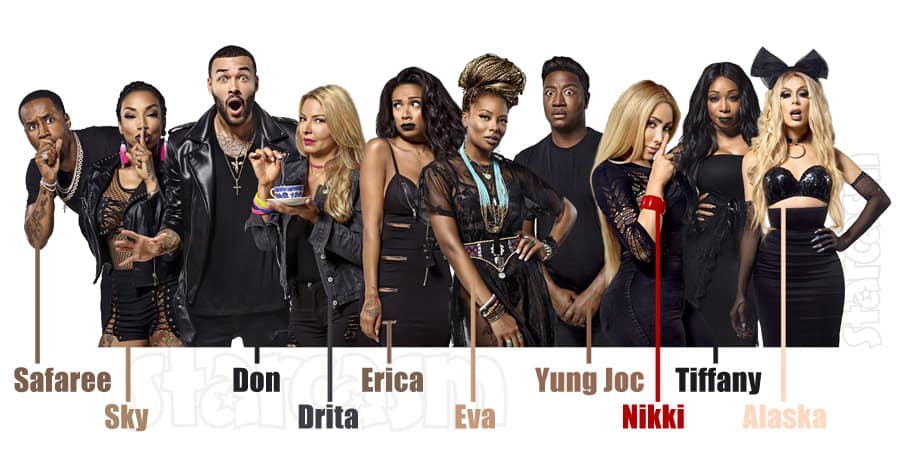 Here’s a brief promo video for the show followed by a more in-depth description of the show’s premise:

A Haunted House. A fully-stocked liquor cabinet. Add the loudest, craziest, and most frightened cast ever, and the unfiltered comedy of rap icon, Redman, you get “Scared Famous.” Some sh*t is going down. Scared Famous is the frightening and hilarious tale of ten of the biggest reality stars who bravely (and foolishly) agree to move into a notorious estate on the outskirts of Savannah, Georgia, one of America’s most haunted cities. Over 8 weeks, the cast will uncover the truth behind the ghostly twins who slowly turn their new digs into a living nightmare. One by one they will be picked off. Either by the challenges they face… or each other. Alliances, romances, and friendships will be forged, but feuds and devious behavior will become their undoing. It’s an unholy mashup of creepy movie moments and good old celeb house reality. Ten celebs move in, but only one survives.Bringing a dose of chills (and off-color humor) to this twisted nightmare is rap icon Redman. Redman leads the cast through death-defying challenges while dishing out hilarious take downs of these chicken-sh*t reality stars.

To help out contestants, and anyone else in a scary situation, here is Redman sharing his “5 (Very Real) Things You Need to Survive A Scary Situation:”

OK, someone needs to start a Scared Famous fantasy league! I would have taken Drita first in my draft, but after she lost her sh*t over a squirrel, I dunno… Who you got?

Scared Famous premieres shortly before Halloween on Monday, October 23 at 9/8c on VH1!