A Cherokee, North Carolina woman is currently behind bars after she posted a photo on Facebook of her baby bump that included a stool in the background with multiple syringes and a spoon on it. To make matters worse, the woman also had what appears to be a tie-off on her arm.

Here is the full photo, just click to enlarge: 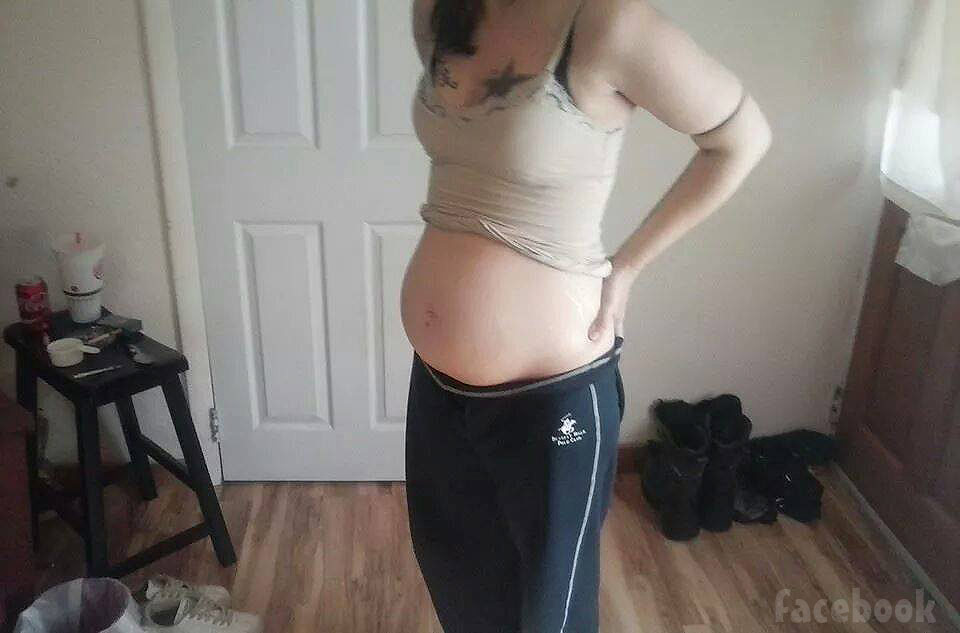 The woman, whose name is Natosha Kirkland on her Facebook page, uploaded and used the photo as her profile picture on February 16, and initially it only had two comments. One read “Sexy” and the other was, “Love it. I wish you the best.” It wasn’t until weeks later that people seemed to respond to what was in the background. “Omg stf,” wrote one commenter on March 1, followed by numerous more concerned and outraged entries.

According to online records, 26-year-old Natasha (spelled with an ‘a’ instead of an ‘o’) Kirkland was arrested on February 19 and faces numerous charges, including driving with a revoked license, felony credit card fraud, and felony obtaining property under false pretenses. (There are no drug or child endangerment charges listed.) According to the North Carolina court calendar, Natasha is also facing a felony charge of larceny of a firearm. Her first upcoming court date is today (Tuesday) with the others coming later this month. 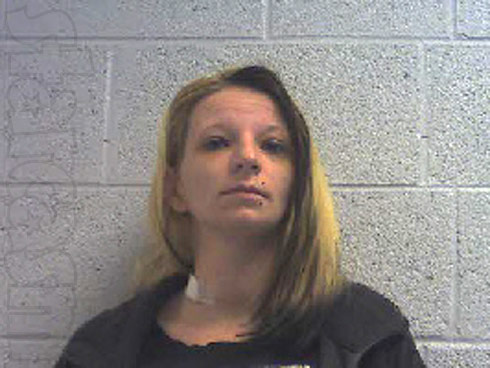 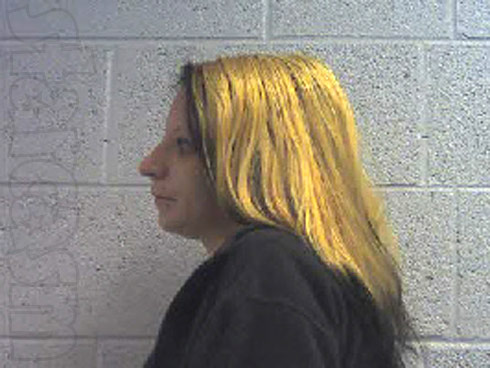 Not feeling to pretty today and I look so bad but just wanted to post a pic of myself so I can show the world my little baby bump cause from the way ppl talk u have to post pics or ur faking about being pregnant. . So here u go Facebook world how does my fake baby bump look lmao …. anyways I do have to say I’m one blessed lady to have such a blessing growing inside me.

It seems accusations that Natasha was faking her pregnancy had been hounding her for a while. She previously lamented:

A commenter told her not to worry about what other people were saying, and she responded with:

Thank [commenter name] it don’t bother me what ppl say or think about its me and my baby boy and my other three babies against the world so screw everyone who talks sh!t I’m just happy that I’m that famous ppl wanna keep in their heads all day everyday lol

UPDATE 12/7/18 –This post continues to get a lot of traffic as this story seems to keep making the viral rounds online. So, I thought I would share another update on how Natasha is doing — which appears to be not good, not good at all.

It is pretty hard to piece together all of her run-ins with the law since this post was first created in 2015, but it looks as though she has been arrested at least 10 times since then on a list of charges that includes larceny of a motor vehicle, breaking or entering, driving with a revoked license, probation violation, and numerous instances of failure to appear.

Here is a very rough timeline of some of her mug shots over the last three years:

Clearly, Natasha’s life has spun completely out of control. Hopefully she will develop the strength to make a positive change in her life, and hopefully she has the help and support of people around her when that time comes. I will try to remember to check again in a couple years and update this post.

Hilarious Dear Abby twerking question: Does that mean my kid’s on drugs?!