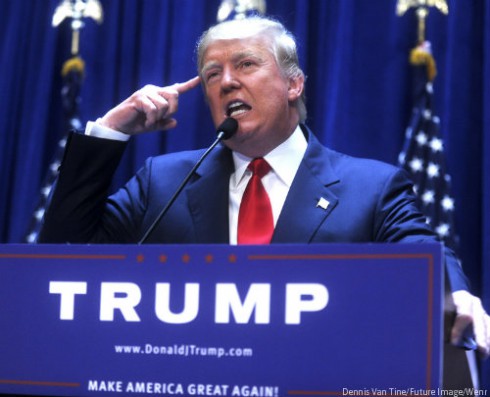 In his speech announcing his candidacy for president last week, Trump accused Mexican immigrants of having “lots of problems” and “bringing those problems to us.” He added, “They’re bringing drugs, they’re bringing crime, they’re rapists and some, I assume, are good people.”

Reacting to that statement, Univision — the largest Spanish-speaking network in the U.S. — announced its entertainment division is ending its “business relationship with the Miss Universe Organization.” The company further explained the decision in a statement:

At Univision, we see first-hand the work ethic, love for family, strong religious values and the important role Mexican immigrants and Mexican-Americans have had and will continue to have in building the future of our country. We will not be airing the Miss USA pageant on July 12 or working on any other projects tied to the Trump Organization.

Mexican gov doesn’t want me talking about terrible border situation & horrible trade deals. Forcing Univision to get me to stop- no way!

Univision wants to back out of signed @MissUniverse contract because I exposed the terrible trade deals that the U.S. makes with Mexico.

I love Mexico but not the unfair trade deals that the US so stupidly makes with them. Really bad for US jobs, only good for Mexico.

Just five months ago, Univision and the Miss Universe Organization struck a long-term contract to co-produce and air Miss USA and Miss Universe. CNN reports NBCUniversal may turn to Telemundo — or it may suspend its ties with Trump until his campaign for president is over.

For now, the Miss USA pageant is scheduled to air on NBC on July 12.

UPDATE Donald told TMZ he plans to sue Univision for “hundreds of millions of dollars” for breaching their 5-year contract. He claimed the company already regrets their decision and asked if he can just “soften his view” on Mexican immigrants for the sake of the partnership. He added, “I love the Mexican people, but I’m running for President and our country comes first.”

Donald Trump controversy: Can you rape your spouse?