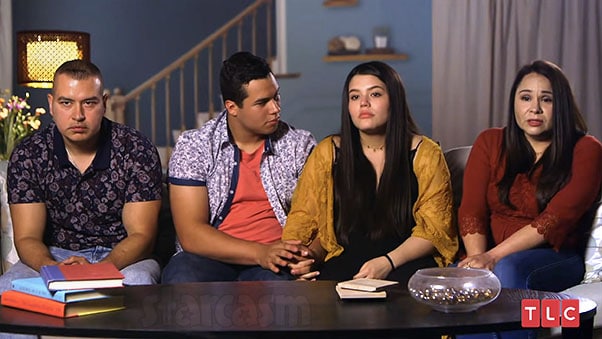 We have some major spoilers for the current season of TLC’s Unexpected that live up to the show’s title! Mom Myrka Cantu and her boyfriend, Ethan Ybarra, have reportedly been kicked out of his mother’s house. And this all went down after Ethan’s parents split up!

Myrka has been sprinkling info about the unexpected developments on social media over the past couple months. Back in early February, Myrka revealed that she and Ethan (and their daughter Attalie) were living with her dad.

Earlier this month, Myrka did an Instagram Q&A and said that her little family had to move yet again! The reveal came in response to someone asking Myrka if she and her mother, Liliana, were on better terms. “Yes,” Myrka said. “Actually, my dad moved away for work and I’m staying with her until [Ethan’s dad] Charlie’s house is done :)”

She later added that Charlie’s house should be done some time in April. (More on Ethan’s parents’ split in a minute.)

Why did Myrka and Ethan get kicked out?

It’s still unclear exactly what happened that caused Ethan’s mom Michelle to kick him and Myrka out of the house, but we do have some clues and rumors.

Most all of the information I could piece together on this topic comes from the TLC Unexpected: The Good, The Bad, And The Ugly Facebook page. After an admin shared a post revealing Myrka and Ethan had been kicked out, one commenter alleged that Ethan’s mom was enjoying the single life by partying a lot. Ethan was reportedly not very happy about his mom’s partying ways, and that was part of what led to him and Myrka getting ousted.

#Unexpected Myrka Cantu's mom Liliana Cantu was arrested in 2013 and 2014 for her alleged role in multiple Texas court scandals while she was a clerk. Get details on her arrests, the allegations against her, and the results from the case! https://t.co/LB9wYweqZA

Another contributing factor looks to have been a rather acrimonious phone conversation (or lack thereof) between Myrka and Michelle. This Facebook interaction between the two ladies was shared on the group’s page:

MYRKA: Oh OK because you’re butt hurt that I didn’t answer your call, that’s why we got kicked out. Just don’t even try.

MICHELLE: No sweetheart it’s the way you responded.. I still have your voice mail and your txt so don’t play the part… We as a family don’t treat each other that way like I told you when all that went down.

MYRKA: So do I. I had just lost my grandma and my god mother and you kept calling and calling because you wanted to know where someone was?!! And I said I was busy?? Ohhhh Okk. If family kicks each other out with a newborn because THEY DIDN’T ANSWER THE PHONE AND THEN SAID THEY WERE BUSY, and they had just lost TWO family members… then I DEFINITELY do not want that family. Bye lmao.

Why did Ethan’s parents split up?

Michelle first confirmed that she and her husband Charlie broke up on Instagram earlier this year. On January 22 she shared a text graphic that read: “Weak people revenge. Strong people forgive. Intelligent people ignore.” She captioned the image by writing: “You can’t front Love ❤️ Well at least I can’t. What you see is what you get. The truth will unfold eventually until then spread ❤️ not hate.” 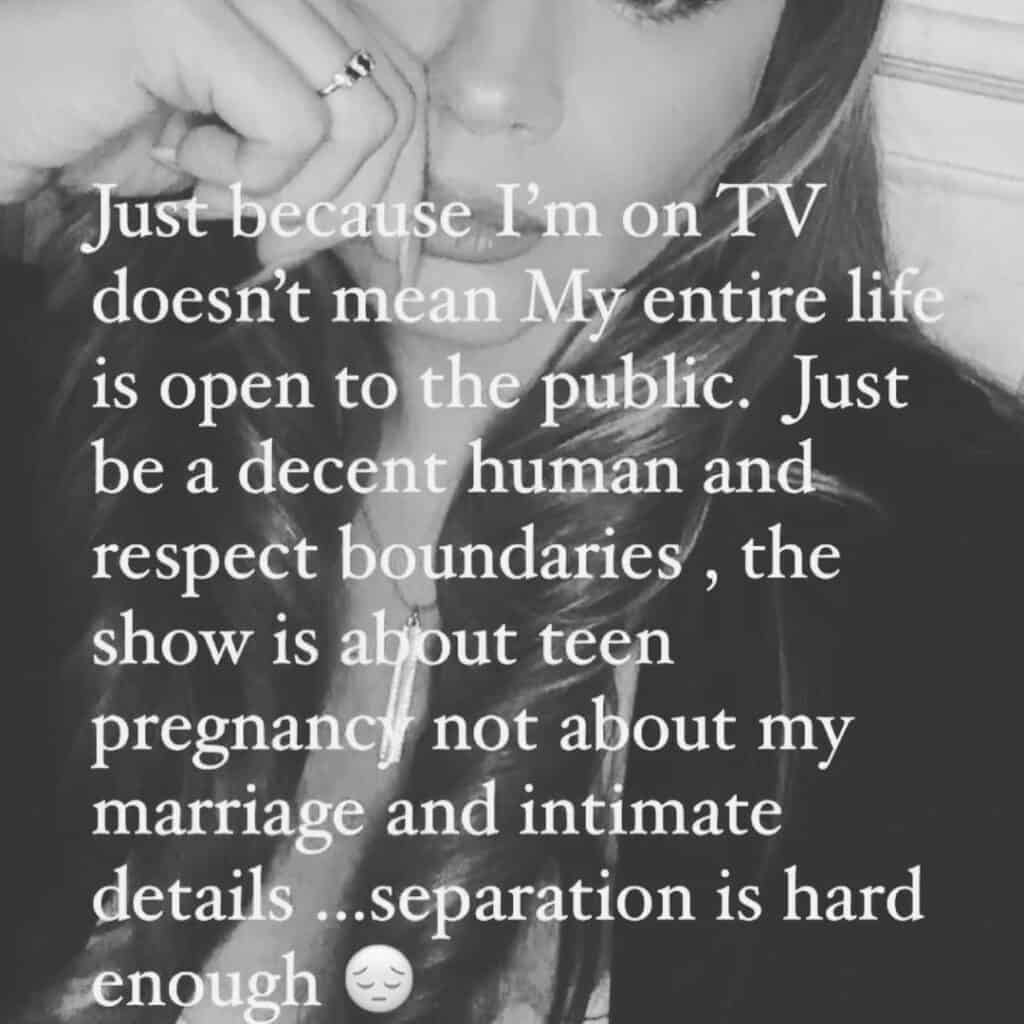 Judging from other things that Myrka and Michelle have stated online, it sounds like EVERYTHING will be revealed on the Unexpected Couples Tell All.

Unfortunately for fans of Myrka, the Tell All may be the last they see of her on the network. She has stated on social media that she regrets doing the show and will not be back for another season. Of course, that is always subject to change, so stay tuned!

UPDATE – We have some more information and more drama thanks to an online spat between Myrka, Michelle, and Myrka’s mom Liliana! Click here for a full recap!

UNEXPECTED Is McKayla Adkins pregnant again? Is she quitting the show?