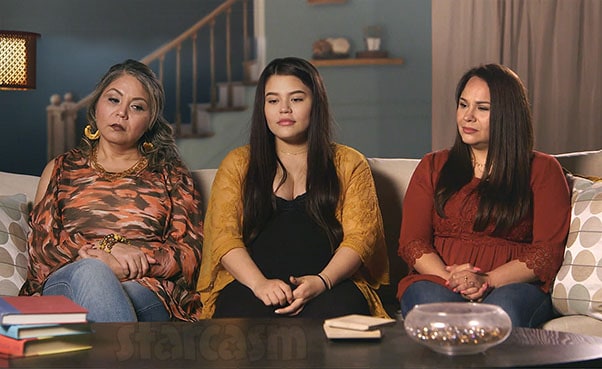 The public feuding continues between the families of Unexpected parents Myrka Cantu and Ethan Ybarra.

Things seemed to calm down between the families on social media after the drama we previously reported on. But Myrka did a Q&A on her Instagram this week and revealed that Michelle doesn’t see Attalie at all any more. Myrka also stated that she doesn’t miss Michelle.

Major spoilers for the current season of #unexpectedtlc — including a surprise change in Myrka and Ethan's living situation: https://t.co/kWFAvwcBiT

Here are a couple of her questions and answers:

Q: How are you gonna say you don’t miss Ethan’s mom when she is the one that supported you?

A: Maybe because we don’t really talk anymore? How are you gonna miss someone you don’t have a relationship with?

Q: Your mom literally disowned you and now you’re like, “Alright, whatever Ethan’s mom. Bye.”

A: You don’t know she kicked me out with my newborn baby in the middle of the night right? Oh you didn’t. OK. You can shut the hell up now.

Michelle caught wind of Myrka’s comments, and she was not pleased. She posted this message on Instagram followed by her interaction in the comments:

MICHELLE: These childish posts continue and I’m done staying silent and letting people believe everything that comes out of Liliana and Myrka’s mouths. Liliana is a toxic mother who gives her love then takes it away. Myrka, sadly, is conditioned to this type of behavior and will do anything to keep her mother in her good graces. Liliana is everything you saw on TV and more. The truth is Liliana could not handle the backlash she received and now is trying so hard to make herself look good. I’m exhausted. I cannot handle the toxicity of these people and I only pray Ethan can see how unhealthy that relationship is. I have decided my personal sanity is important and I have to remove myself from certain situations. I love Attalie and always will, but just as Myrka has a duty to her baby, I do too.

COMMENT: True colors are starting to come out sis … Just like always said it would.. Be patient. Sit back and watch the sh*t show unfold… ✌️

MICHELLE: Lol. No they will continue to put on a hood show for social media.

Myrka’s Q&A and Michelle’s response was posted on the TLC Unexpected: The Good, The Bad And The Ugly Facebook page. “The thing is, I wasn’t even ‘attacking’ anyone like they thought,” Myrka replied on one of the posts. “If it p*ssed her off I said she doesn’t look for Attalie, what would she want [me] to say? That she does? Attalie doesn’t even know her.”

That drew a response from Michelle:

Myrka, you continue to say I kicked you and your newborn out in the street at 2 am. You’ve said it dozens of times and that is a big stretch. I have been nothing but helpful to you and you keep saying it all over social media. It’s childish already. Why do you continue to make drama where none exists and expect me to look for you to see Attalie when all you do is talk about me negatively. We had moved past that yet you still continue to spread it all over social media.

Michelle later shared a post on her Instagram stories that seemed to mark a mature turn in the feuding: 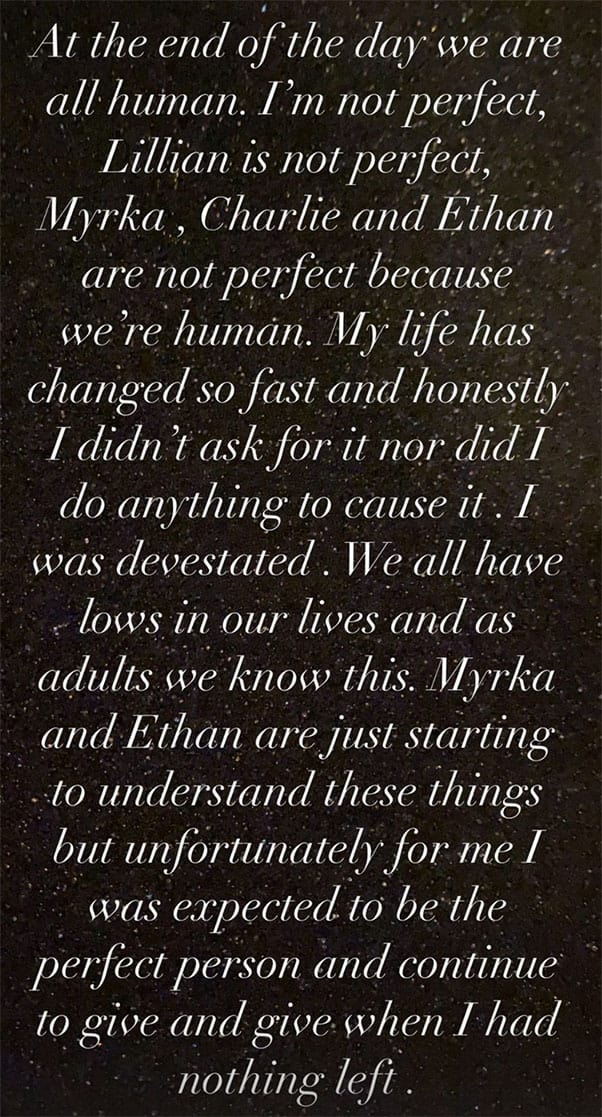 Meanwhile, Myrka’s mom Liliana caught wind of all the back-and-forths and she shared an incredibly lengthy entry on a different Unexpected Facebook page. (I am still trying to confirm the exact page it was originally posted on. UPDATE – It appears to be the Everything TLC Unexpected group.)

Here is Liliana’s diatribe with a few grammatical alterations:

Ok good morning everyone. I really don’t need to respond but I will, not clear my name because to many I am the devil 😈 and that will not change no matter what 🤷🏼‍♀️.

Here’s my side: I have always been involved with my daughter. Was I against the pregnancy in the beginning? Yes I was. I gave my daughter her options, she decided to have the baby and move in with Ethan. I have maintained a relationship all along with her. I was involved in the organization of the gender reveal. I showed up to her baby shower with everything the baby could possibly need.

During labor there were many false calls. We had decided Ethan was going to be the one way before. Due to COVID the rest couldn’t even be inside the hospital, but I told them if you need me to make my way in I will one way or another, I am a phone call away.

When the incident happened with Michelle, that same day Myrka and I had an ugly disagreement due to her dad. Myrka can be very prideful (could be bad or good depending) so she had already called my niece to pick them up and she only texted me she was being picked up already. The next day we spoke (I wasn’t there so I will not say what she told me happened between them and Michelle) no one knows what happened and shouldn’t talk about it other than Michelle, Myrka and Ethan.

Myrka called her dad, he had been an absent parent since our separation in 2010. Little communication here and there. He said he was ready to help them get on their feet (which I was grateful for) but I wasn’t happy with the idea because he moves often for work. I knew we needed another option. By this time the Ybarras had divorced, were living apart. When the freeze hit Texas I brought them here with me so I knew they were safe, then we found out her dad had to move so we decided for them to temporarily stay here till Charlie finishes the house.

#Unexpected Myrka Cantu's mom Liliana Cantu was arrested in 2013 and 2014 for her alleged role in multiple Texas court scandals while she was a clerk. Get details on her arrests, the allegations against her, and the results from the case! https://t.co/LB9wYweqZA

My apartment is extremely small. I conditioned my living room for them, but even like that it was uncomfortable. We decided he should stay with his mom and Myrka and Attalie with me. He, however would be here very early in the morning and leave very late at night, would stay 3-4 nights out of the week so he was literally here.

I am not an Instagram freak, I don’t control how either Myrka or Ethan feels about any of us adults in their lives. It’s hard enough to deal with school, work, a baby and being in the public eye ALL THE TIME. They are in counseling.

Let me clarify, I would never speak bad about Michelle, she was upset last night and we all have those moments, it didn’t sit well with her what Myrka responded and maybe I would have reacted the same way. I have reached out privately because my name was brought up in a very negative way and I have never said anything that could hurt her or Charlie, even when pushed by TLC to do so and air details of the separation, I respected their privacy. I have the utmost respect and gratitude towards them for helping Myrka.

I sure don’t agree with my daughter being disrespectful, we have spoken about always being thankful. Tensions are high, any OTHER FAMILY MEMBERS given their opinions are IRRELEVANT and talking out of their asses ( we all know who that is 😘 ) Michelle, Charlie and I will continue to work together to support the kids, to be parents and grandparents. They are all part of this group.

Much love to everyone…EVERYONE (even you la tia incomoda) thank y’all for following us.

My family is still grieving the loss of my mother and sister and we absolutely don’t need any added stress or drama.

Myrka and Michelle have both stated that everything will come out during the Unexpected Couples Tell All special at the end of the season. So, for those of you who want more specifics about what happened between Michelle and Myrka, and Michelle and Ethan’s dad Charlie, just be patient!