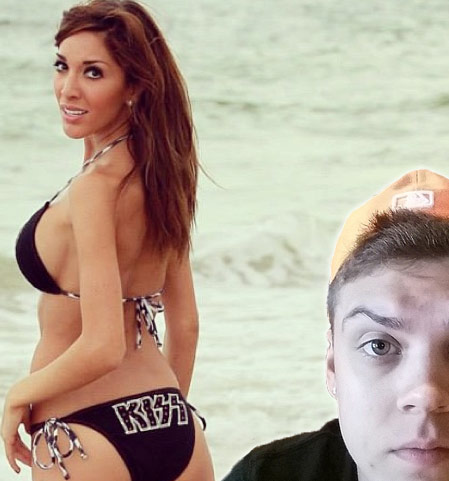 Farrah Abraham wanted all of her fans on Twitter to know that she’s moved on from her Teen Mom days. Former co-stars Tyler Baltierra and Catelynn Lowell got the message.

In our interview with Farrah she said of Tyler and Catelynn, “I wish them all the best, but it does make me very sad to still see them make poor choices.” She added, “So I hope that with others, who are getting to be pregnant with their second child, that they have a home, that they have a stable financial situation and that they have a supportive family.”

Catelynn replied to Farrah’s comments via Twitter writing, “Huh bad choices?!? Hahaha I didn’t make a so called ‘sex tape’ but WE make the bad choices?” Radar followed up with a post about Jenelle Evans and Leah Calvert siding with Catelynn and Tyler.

So Tyler decided to…