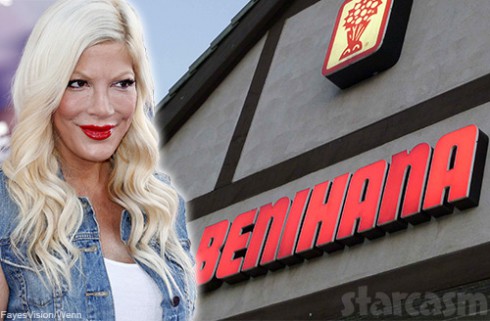 After getting burned at Benihana, Tori Spelling is burning the corporation with a lawsuit.

During an Easter brunch at the restaurant with family in April, Tori tripped and fell backwards onto one of the scorching grills. The burn on her right forearm was so severe that she had to undergo skin grafts. Husband Dean McDermott said later that month that Tori was still recovering and needed a lot of rest. She’s since been pictured wearing a protective covering on the injured arm.

A Benihana representative declined to comment. It’s unclear what amount Tori is seeking.