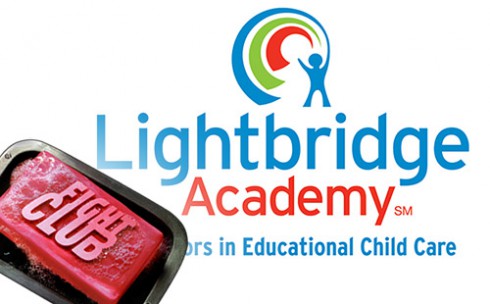 Two employees from Lightbridge Academy in New Jersey have been charged with running a “toddler fight club,” and the daycare center is apologizing to parents.

“While no children were physically harmed during this incident, we have a zero tolerance policy for anyone who acts in conflict with the core value of Lightbridge Academy–the safety and well-being of children,” a franchise spokesperson said on behalf of the Cranford institution. “We terminated the employment of these staff members and have maintained open communication with our parents throughout this process.”

Investigators from the Special Victims Unit say Erica Kenny, 22, and Chanese White, 28, encouraged kids aged 4-6 to shove and hit each other during at least one day in August. Erica recorded the fights and shared the footage on social media. In the clips, she can be heard referencing Fight Club.

Although none of the children suffered any injuries, the news concerns parents.

“It’s really freaking me out at the moment,” the mom of a child who was in Erica and Chanese’s 2013 class told NJ Advance Media. “I want to go home and ask my son if he saw anything like this. He came home with a broken finger once, and now I’m worried about what happened while he was there.”

Both Erica Kenny and Chanese White are charged with fourth-degree child abuse, which is punishable by eighteen months in prison. (Reports that the two would be put to death are inaccurate.) Erica is also charged with third-degree endangering the welfare of a child, punishable by three to five years in prison. The women are scheduled for arraignments on Friday; they were fired from Lightbridge Academy as soon as their employers learned of the allegations.

Shockingly, there are at least two similar cases–one from a Delaware daycare in 2012 and another from an Ohio daycare last year.