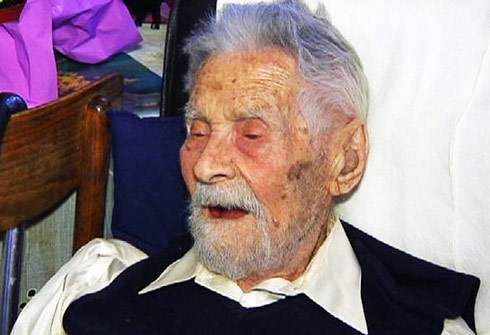 Alexander Imich of New York City, New York is 111 years old and has been certified as the oldest living male in the world.

When Mr. Imich was asked what his secret was to living a long life, the man born nearly a decade before the Titanic sank gave the best answer on this subject that has ever been given, or ever will be:

It’s been said that a mature man learns the art of saying more with less and Alexander unquestionably reflects that sentiment to a tee.

Actually, Imich did give some insights into his longevity as he attributed his health to a clean diet including chicken, fish and no alcohol.

For perspective; Later in 1903, months after Alexander Imich was born, the Wright Brothers were credited with the first documented, successful, controlled, powered, heavier-than-air flight.