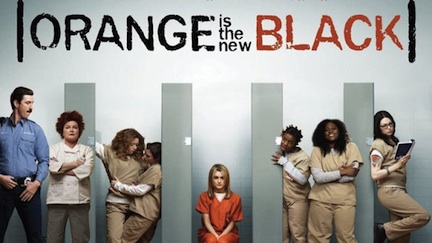 What are prisoner furloughs and compassionate release–and did Orange is the New Black get them right in its second season?

The second season of Orange is the New Black made major plot points of two prison issues. As it turns out, the way the show addressed one reality of life in a federal penitentiary was more accurate than the other, though both were exaggerated somewhat for dramatic purposes.

The first issue, and second chronologically, is prisoner furlough. Piper is granted a weekend back home when she finds out that her grandmother is dying. The furlough came as something of a surprise for the viewing audience–and the other inmates–since season one established pretty firmly that furlough was more a dangling carrot than a plausible meal.

It turns out, though, that prisoner furlough isn’t that rare an idea, on paper. The U.S. Department of Justice’s statement on the issue explains that a warden may grant furlough for one of any number of reasons: when an inmate is transferring from one facility to another (though this is more of a bureaucratic distinction, since what a furlough technically means is that the prisoner will be released temporarily); because of a “family crisis or other emergency situation” (usually medical); to visit legal counsel and make general legal arrangements; and to arrange for or report to outside work (this type of furlough comes near the end of an inmate’s sentence, when it comes at all).

Non-medical furloughs may last no longer than seven days, and prisoners to have to pay for their own mandatory urine tests upon returning to prison–though they have to pay for the tests before they leave. So, on all those counts, Orange is the New Black got the issue right. In the world of the show, furlough has simply never been granted, because the off-screen warden and the rest of the prison bureaucracy love to perpetuate an abusive system. 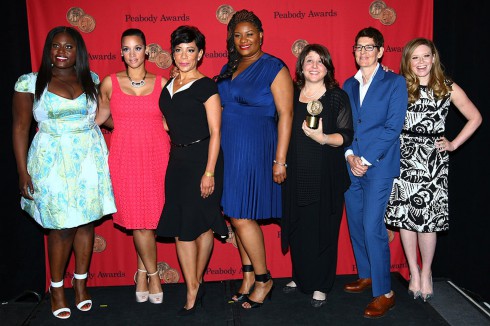 The cast and crew accept an award at the 2014 Peabodys

The second issue is a bit thornier. The government introduced compassionate release into the prison system in the 80s, intending it to help deal with aging prisoners and the health care costs that came with them. Prisoners who have little time left on their sentences can apply for an early release. Those targeted by the compassionate release system include people with fewer than 18 months to live because of a terminal illness, and, like the character Jimmy on Orange is the New Black, people with debilitating medical conditions, such as Alzheimer’s disease.

The application process, though, is arduous, and involves long waits and more paperwork than you can shake a denuded oak grove at. And, beyond that, there’s a mandatory 30-day progress report to consider, one that takes into account the inmate’s health and behavior.

If the release is approved, the final step involves making “release plans,” which is the thorn in Orange is the New Black’s writers’ sides. “Release plans” mean you can’t simply dump an inmate off somewhere, with no one to go to and nothing to do. The Department of Justice requires that prisoners have both of those things before being released. Without a home or at least the pretense of a job or other activities, releases are not granted.

So, it’s another example, albeit a more egregious one, of the show taking artistic license with a real-life fact. It’s extremely unlikely that a federal prisoner would ever make it to the point of release without having anyone to be released to; the show depicts this scenario to underscore how brutal, relentless, and unforgiving the prison system can be. To that end, it seems the example is a success–even if it’s not something that could realistically happen.