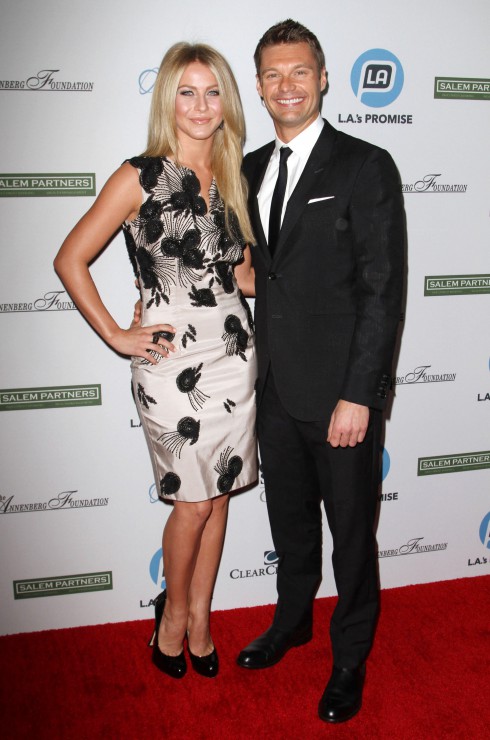 Julianne Hough recently made the not-so-wise move of leaving $100,000 worth of jewelry from her boyfriend Ryan Seacrest in her car. The former Dancing With The Stars pro was visiting a friend in Hollywood over the weekend, and when she returned to her vehicle to head home, she found she’d be robbed.

According to TMZ, Julianne had parked her Mercedes Benz in a parking lot at her friend’s apartment complex leaving three pieces of jewelry including a $50,000 watch in the vehicle. A few hours later, Julianne returned to the vehicle to find the car door open and the inside ransacked. Whether or not Julianne had left the door unlocked is unclear, but there was no forced entry visible.

My question is, does anyone know the whereabouts of Lindsay Lohan when this went down? I’m just sayin’.

Luckily for Julianne, her boyfriend has more than a few great-paying gigs so he should have no problem replacing the stolen goods. Plus, he and Julianne have been dating for years now so it’s probably about time for some new bling anyway — as in an engagement ring!

Earlier this year when Ellen Degeneres asked Ryan when he and Julianne would tie the knot, he answered, “Good question. At the perfect time, and she will be the first to know.”

Julianne and Ryan have been dating since April of 2010.