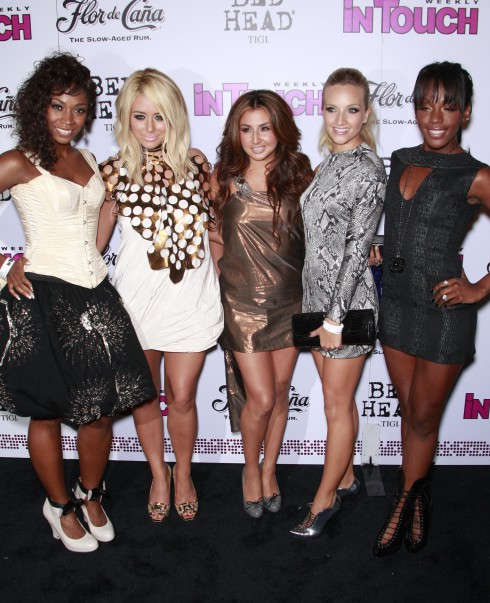 Remember Danity Kane? They were the all-girl group brought together by Diddy for the MTV show Making the Band. Cameras followed the group as they recorded tracks, learned choreography, and went on to become a hit back in the mid 2000s.

Since then, things between the bandmates soured and the relationship with Diddy fizzled, but the two remaining girls are picking up the pieces under a new name: dumblonde.

During a recent radio appearance, Aubrey O’Day and Shannon Bex revealed that despite having hit after hit with Danity Kane, the girls made very little money–and, in fact, lost out on millions.

“We never made any [money],” Aubrey admitted. “We have two platinum albums let alone grossed over a million dollars on Christina Aguilera’s Back to Basics tour opening for her and we came off that tour $15,000 in debt.”

Shannon backed up Aubrey’s claims by saying, “That’s the sad thing people don’t understand about this business.” Shannon then added, “Thanks Diddy!”

During the interview, fingers were pointed at their mentor, Sean Combs, for losing out on all that cash.

Just hours after the interview aired, a source told TMZ that even though Diddy was their famous frontman, he wasn’t involved in the actual management or finances for the group.

Aubrey and Shannon are handling things differently this time around, with their new group, dumblonde, and vowed not to make the same mistake twice.

The girls were recently photographed rubbing elbows (or should we say holding hands?) with fellow MTV star Jenelle Evans.

Check out a clip of the interview: