Teen Mom 2 star Jenelle Evans has become quite the jet setter! The 23-year-old mother of two has been taking full advantage of her fame over the last few months, including an August trip to the VMAs (with mom Babs), and multiple trips to New York City. Jenelle is currently back in the Big Apple for New York Fashion Week, attending numerous events and hanging with some of her newfound celebrity gal pals, like Aubrey O’Day and Orange Is the New Black‘s Big Boo!

Keeping with the spirit of NYFW, Jenelle has been photographed wearing several different looks since arriving in NYC on Tuesday. Here she is in a leather ensemble while in attendance at the Harlem GlobeTrotters 90th Anniversary Collection Fashion Show presented by Angela Simmons: 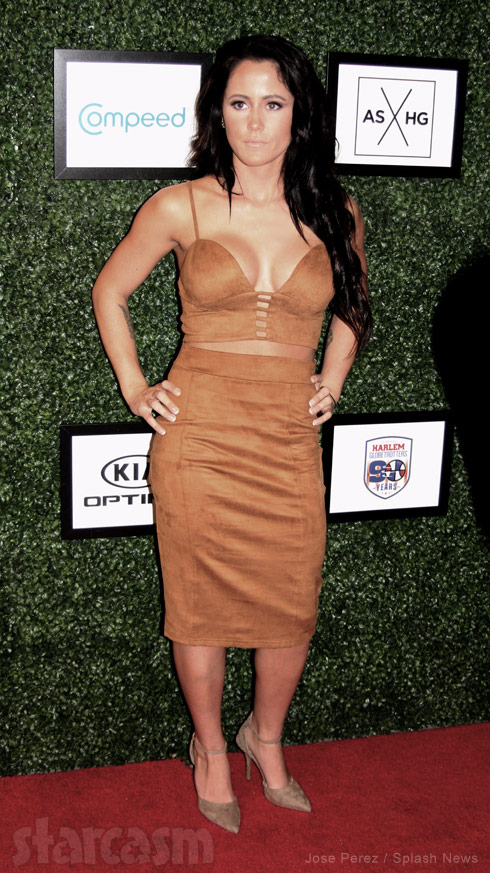 And here’s Jenelle having a girls’ night out with Aubrey O’Day and Shannon Bex from Danity Kane: 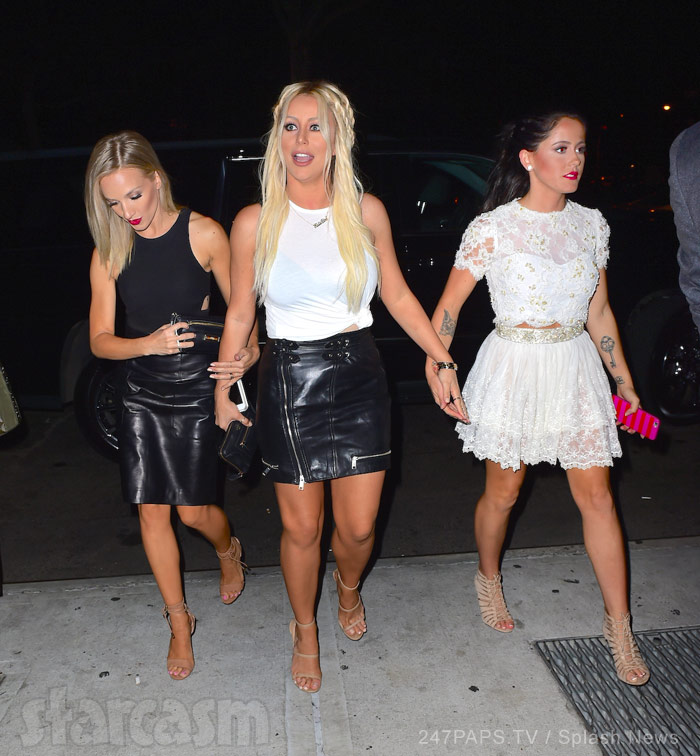 As we mentioned above, Jenelle also bumped into Orange Is the New Black actress Lea DeLaria, who plays Carrie “Big Boo” Black on the show:

Jenelle was snapped again in her racy and lacy white outfit for her appearance on the red carpet at the OK! magazine fashion week event, and she shared props for her styling and fashion on Instagram:

But where the Jenelle Evans fashion show really got into full swing was at the GBK gifting suite, where Jenelle modeled numerous looks searching for just the right celebrity swag: 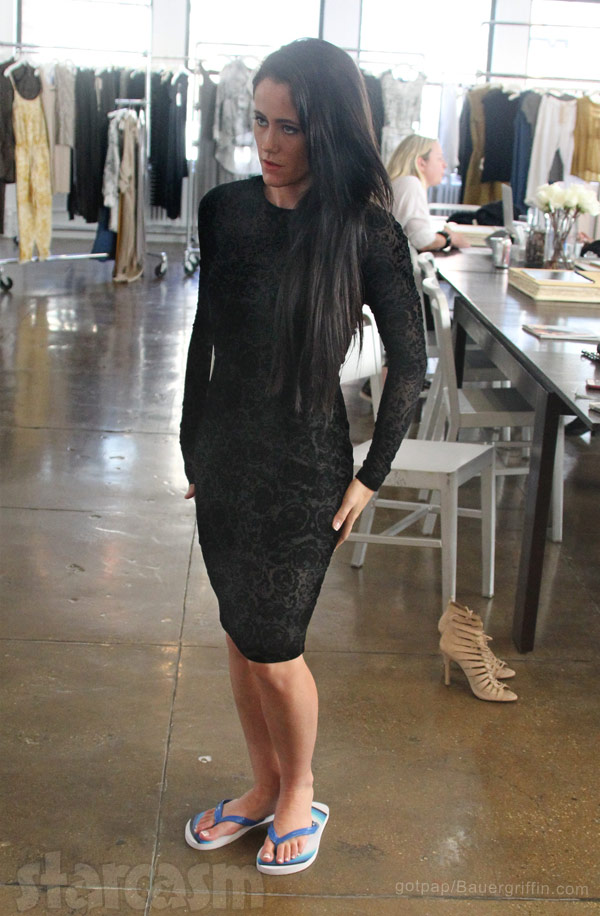 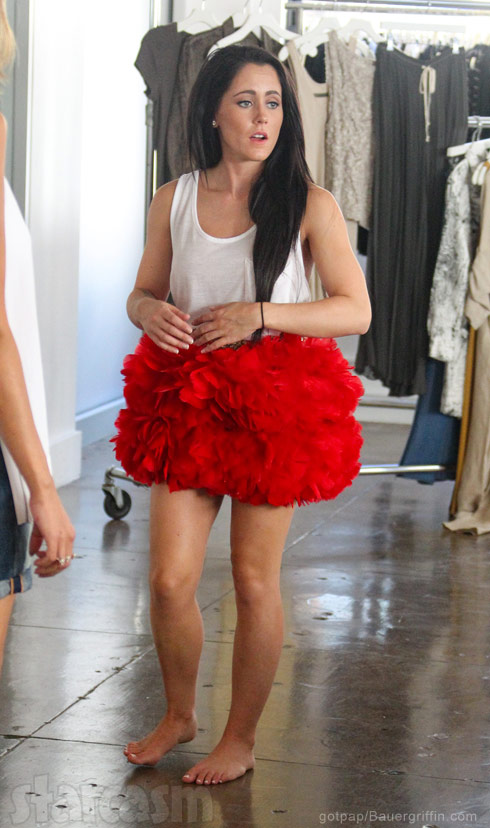 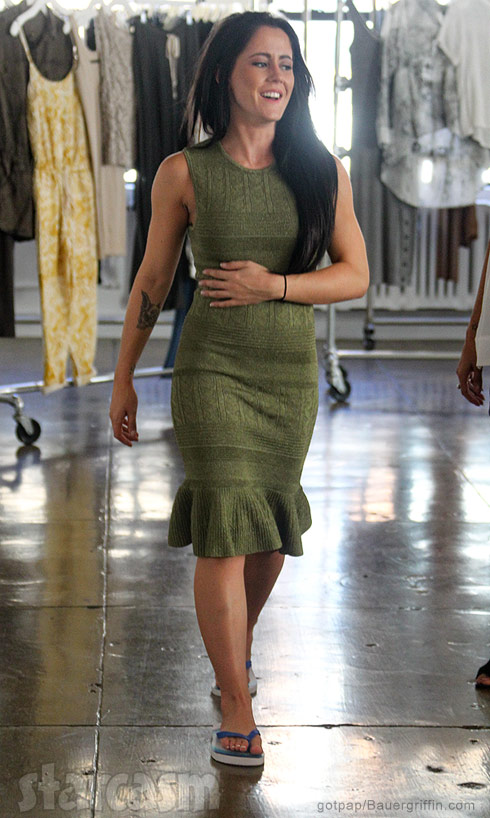 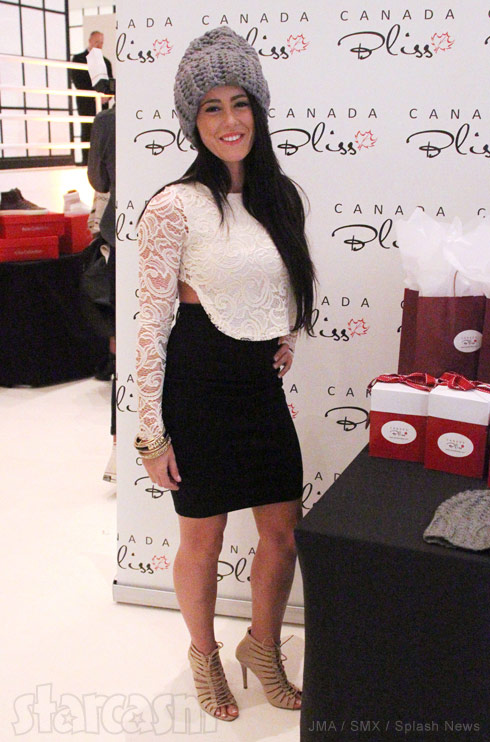 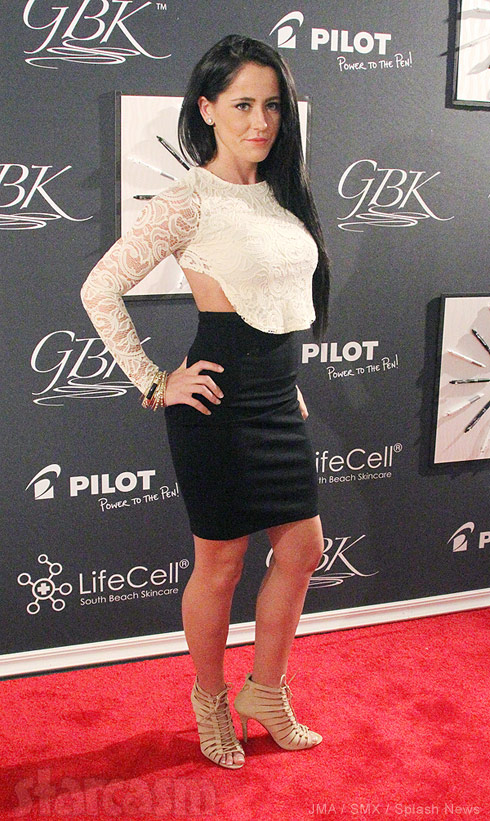 You can keep up with Jenelle’s Big Apple adventures during New York Fashion Week by following her on Twitter and Instagram.