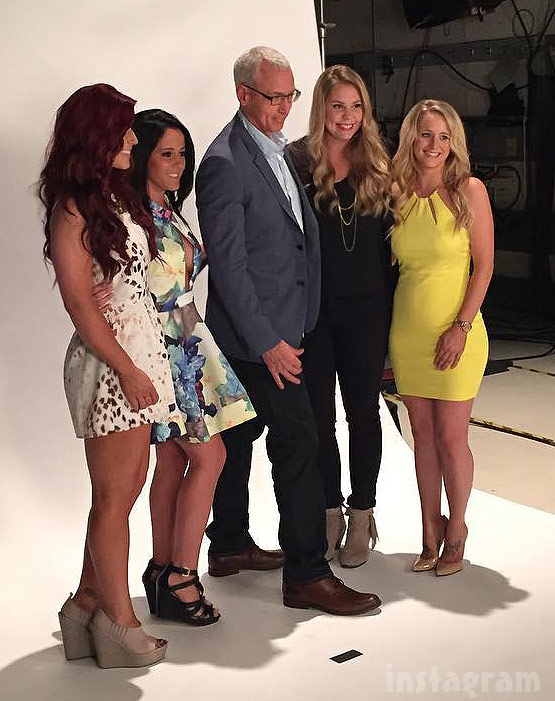 The moms and dads and kids and grandparents and spouses and girlfriends and close friends of Teen Mom 2 are all currently in Los Angeles to film the Season 6 Reunion special, which according to multiple sources, had some epically dramatic moments (even by Teen Mom 2 Reunion standards). But, while the MTV cameras weren’t rolling and the smartphones were snapping away, things seemed hunky dory as pretty much everybody was looking on fleek and appeared to be having a great time!

Above we see the moms posing together with Dr. Drew for an official promotional photoshoot, which would be the first for the girls in some time because Leah Calvert missed their recent trip to New York City. Here’s a group shot on the couch: 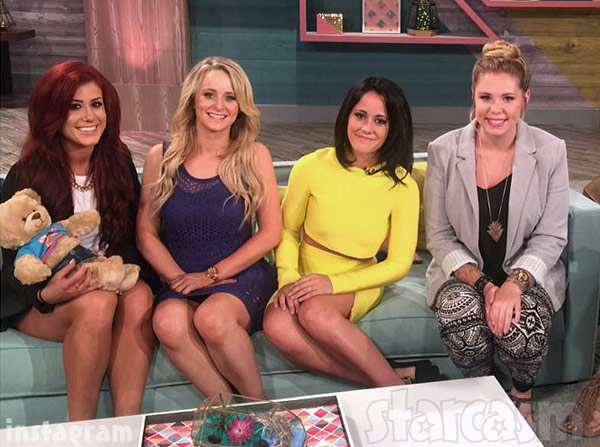 And speaking of Leah Calvert, she was looking great as she shared a rare (of late) selfie prior to taping: 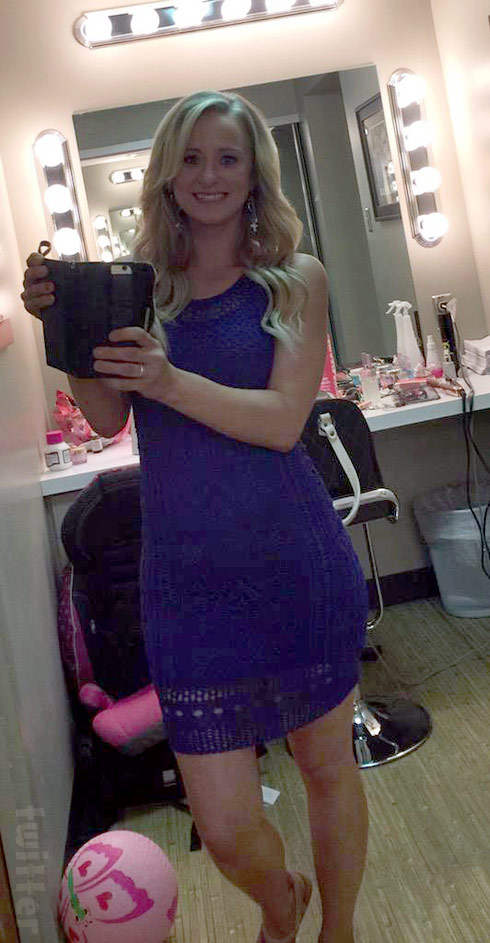 And here are Leah and her daughters on the Reunion set: 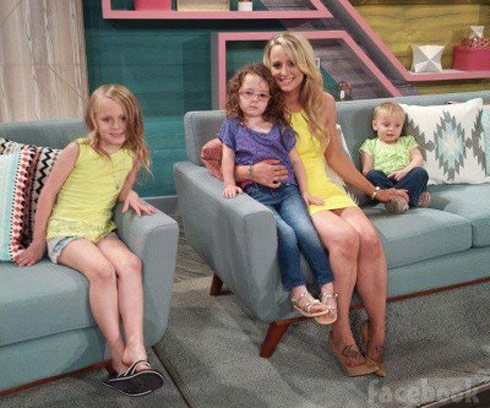 (In case you missed it, we previously shared photos of both of Leah’s exes Corey Simms and Jeremy Calvert sharing drinks with their significant others, Miranda Simms and Brooke Wehr. The photo was tweeteed and deleted by Corey, who caught some flack for describing the picture with the hash tag #lifefterleah. Also included in the post was a GREAT photo of Dr. Randy Houska with Barbara Evans as well as a couple of video clips of Jeremy and Corey riding a mechanical bull — not at the same time of course. Click the link to check out all of those!) 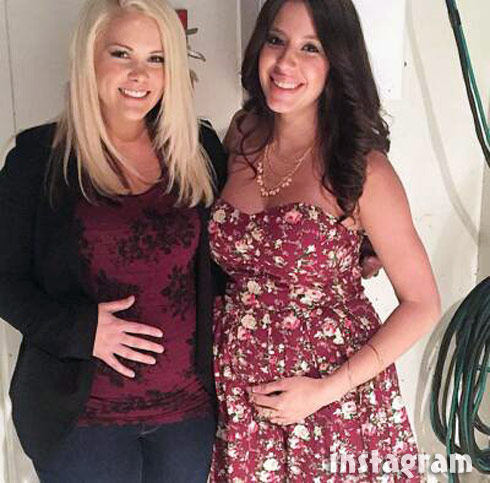 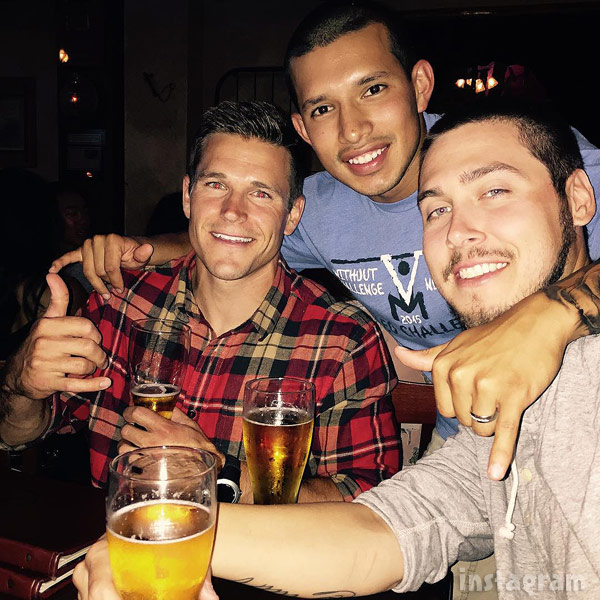 But perhaps no one could come close to the hotness that is you new Carl’s Jr. burger girl, Chelsea Houska:

Actually, I think Cole is still a more delicious and beefy companion. 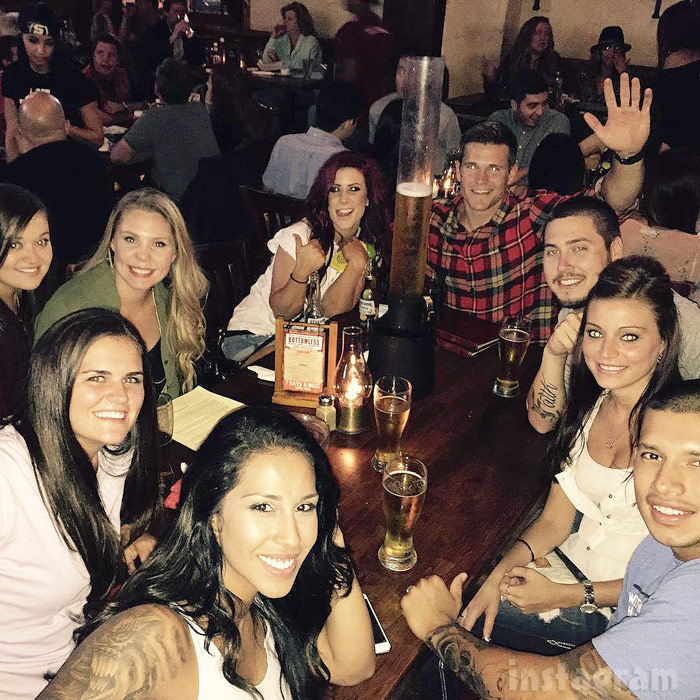 I’m thinking MTV needs to tape After Reunion Show specials recorded at the various locations that the cast members wind up at! Can you imagine what all was said at the table above? Perhaps some of it was similar to this tweet by Corey’s dad Jeff Simms after the taping:

How did a show that was pitched to us as being about young mothers coping with having a baby evolve into a soap opera? Ratings perhaps? #TM2

OK, I’m just going to be quiet and start cutting and pasting Instagram embed codes and let the Teen Mom 2 peeps speak for themselves. Get your scrolling fingers ready…

Today was hectic but it's over! That's a wrap! #TeenMom2 #Reunion

The showcase showdown!! Waiting to see my showcase

The price is wrong, Bob

Someone doesn't want to take a nap! ?

Let's get today over with. ?

Got a chance to meet my two favorite moms @KailLowry @ChelseaHouska off Teen Mom 2 ? pic.twitter.com/RHJHoENSvd

@hotmiamistyles thanks so much for a perfect dress for the #TeenMom2 Closer Look segment! ?

Be sure to tune in to new episode of Teen Mom 2 every Thursday night at 10/9c on MTV to find out what everyone will be talking about at the Reunion!

* I initially got my J-fellas mixed up and erroneously said it was Jo Rivera in the bromancing trio photo. Of course it isn’t Jo but Javi Marroquin and the change has been made.