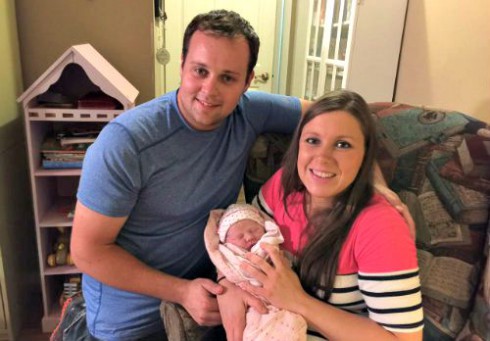 One week after her due date, Anna and Josh Duggar’s fourth child made her grand entrance this weekend. Josh announced the news on Twitter this afternoon.

The first name follows the family’s M-trend, which has been firmly established by older siblings Mackynzie, Michael and Marcus. The middle name, Grace, is surely also meaningful to Josh and Anna — who recently moved back to Arkansas after Josh resigned from his position in Washington D.C. when his teenage police records revealed he was accused of molesting five underage females. 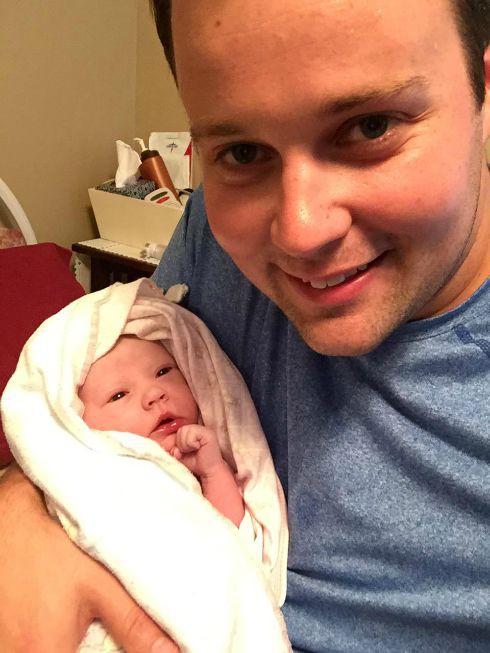 Grandparents Jim Bob and Michelle Duggar celebrated the addition to the family by posting of Dad and baby. They also posted a YouTube announcement.

“Josh and Anna just had their fourth child. That gives them two boys and two girls,” Jim Bob summarized.

“Anna did an amazing job through labor,” Michelle added. “She and I were talking and this really probably was her best labor yet. And, so, we are just rejoicing with Josh and Anna. Sweet little Meredith Grace is beautiful…” 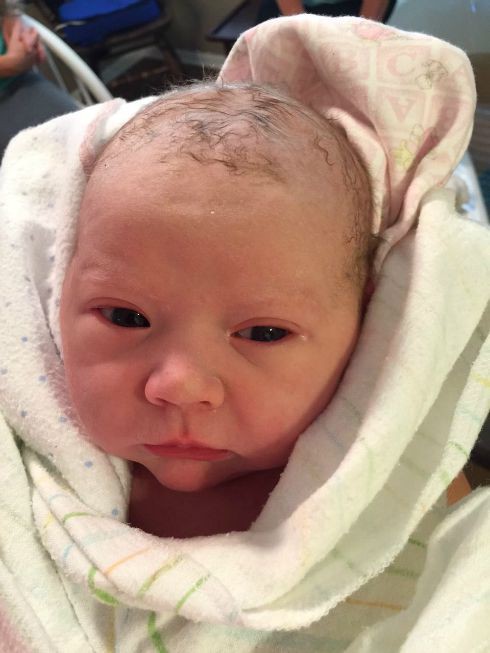 Meredith is the second new arrival for the Duggar family this year, following cousin Israel Dillard’s birth in April. Ben and Jessa Seewald are expecting another cousin for Meredith in November, but have not yet revealed whether they are expecting a boy or girl.

Following the official cancellation of 19 Kids and Counting last week, Jim Bob and Michelle vowed to keep fans updated on the family’s happening on social media and their blog.