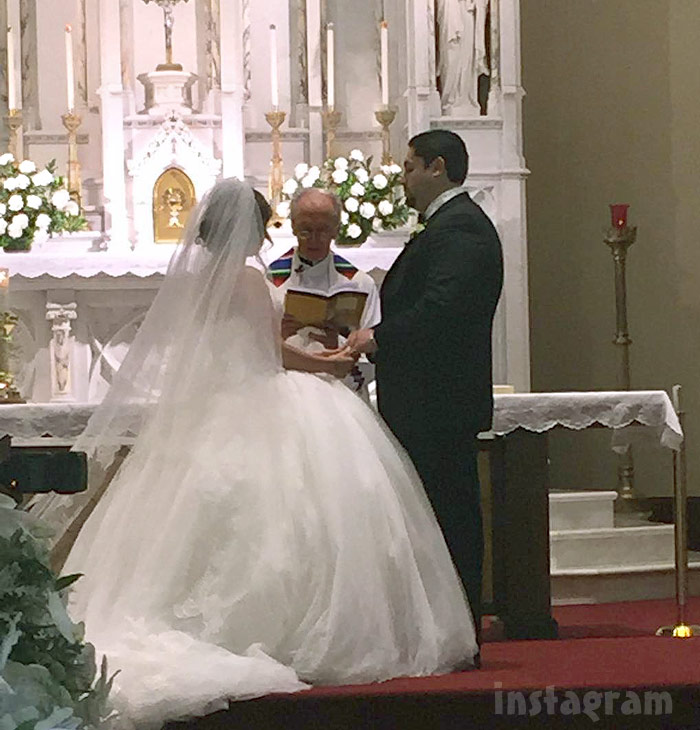 The Real Housewives of New Jersey and Manzo’d With Children star Lauren Manzo got married to her fiance Vito Scalia earlier today in New York City in a beautiful ceremony attended (of course) by lots of Manzos as well as fellow RHONJ stars like Jacqueline Laurita, Kathy Wakile, Melissa Gorga, and Rosie Pierri.

But, of course, this was Lauren’s special day — and DAYUM did she ever look special in her billowing wedding gown! 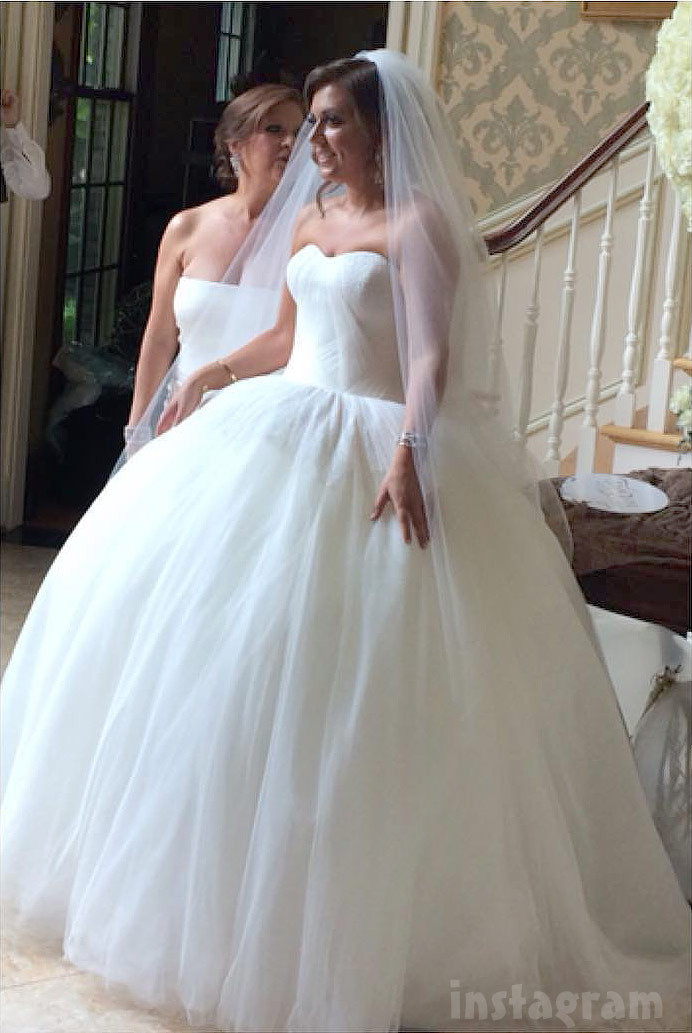 Yes, that proud mama bear Caroline in the background. 🙂

The ceremony was held at St. Cyril’s Church in NYC, and then, of course, the party headed to Patterson, NJ for a reception at the The Brownstone.

“[Today] is exactly what I always wanted,” Lauren told Us of the wedding. Groom Vito added, “I just want people to have fun, that’s all I want. If I leave my wedding where I had a blast but no one else had fun I’d end up being sad!”

But enough with all the 411 blah blah — check out all these amazing photos, and even a couple videos, from various attendees!

Congratulations to my beautiful sisterly cousin @laurenmanzo ! You make the most beautiful bride & I couldn't be happier to be a part of your special day! #happywifedelilife

So happy for my friends. The most beautiful bride, and the happiest groom. Wept all day. Congrats @laurenmanzo & @vitoscalia3 ? #LaurenAndVito #HappyWifeDeliLife

Lining up the bridesmaids dresses #HappywifeDeliLife

Lauren Manzo's wedding is beyond beautiful!! I'm so happy for her & Vito?? thank you @minalyfashion for gorg dress & of course @juliusmichael1 & @nikkiikasak for glam? getting pic with the bride next!

This was before we left for @laurenmanzo @vitoscalia3 wedding! It was beautiful! She was beautiful! Her dress was beautiful! They are a beautiful couple. I don't know what I would without @melissa_polo who owns @vetir_femme! She always nails my #ootn. Of course it wouldn't be without where she gets the inspiration wardrobe @hartlyfashions Thank you for dress! Tap for outfit credits

Congratulations Lauren and Vito! I’m sure we will get to see more from the ceremony when Manzo’d with Children Season 2 premieres Sunday, August 16, at 10:30/9:30c on Bravo! (I’m thinking Bravo may need to soon update the title to Manzo’d with Grandhildren.)

You could buy Teresa Giudice’s beach house for $100