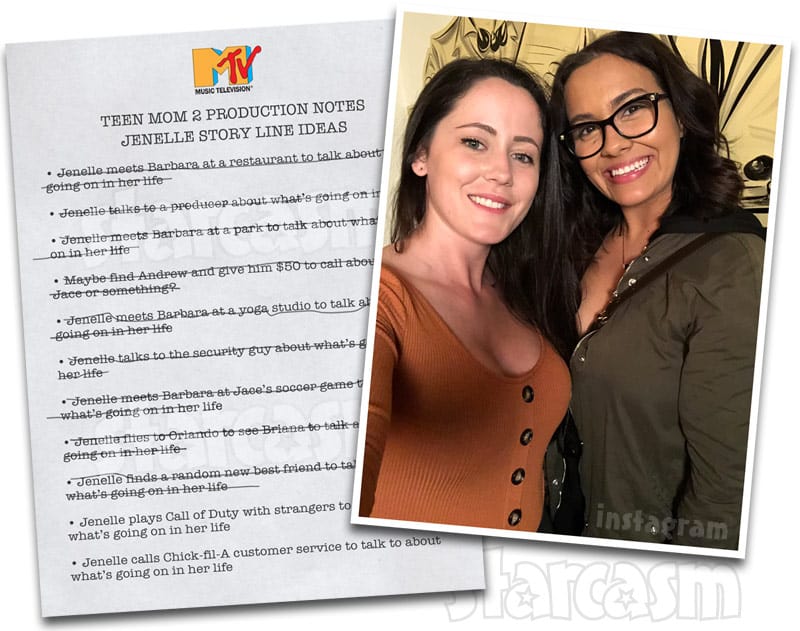 MTV is quickly running out of ways to film Teen Mom 2 star Jenelle Eason! The network is already limited by firing her husband David Eason and banning him from being anywhere near the crew. As a result, the current season has been Jenelle having conversations with her mother at various locations, including a restaraunt, a park bench, in the car, and even a yoga class.

But, Jenelle is now back on the outs with her mom over recently aired scenes in which Barbara revealed that she thinks David may be abusing Jenelle. So, what options does that leave MTV? Have Jenelle fly down to Florida and hang out with her co-star bestie Briana DeJesus!

Jenelle caught a flight to Orlando on Thursday, and she and Briana have been sharing photos together as the MTV film crew was hard at work. “Caught up on some things tonight,” Jenelle captioned a selfie with Briana (above). “? Realest I know…. #JustSaying ?‍♀️”

Briana posted a photo from the same set of snaps on Instagram and simply captioned it: “❤️ #dinnerdate”

Unfortunately for Briana (and MTV), Jenelle’s visit came at a bad time as the DeJesus gals were all dealing with a stomach virus. “Lol if the stomach bug is going around school why not give me a heads up?” Briana tweeted on Thursday. “I hate people smh.”

She updated earlier today with more bad news on the outbreak. “Okay not only did Stella catch the stomach bug but so did nova and I last night ?? how is that even possible ughhhh,” Briana tweeted.

While the DeJesus family spent time recovering, Jenelle enjoyed the Florida weather by spending some quality pool time with her “bestie” Katrina, who made the trip to Florida with Jenelle. Here are some poolside selfies shared by Jenelle: 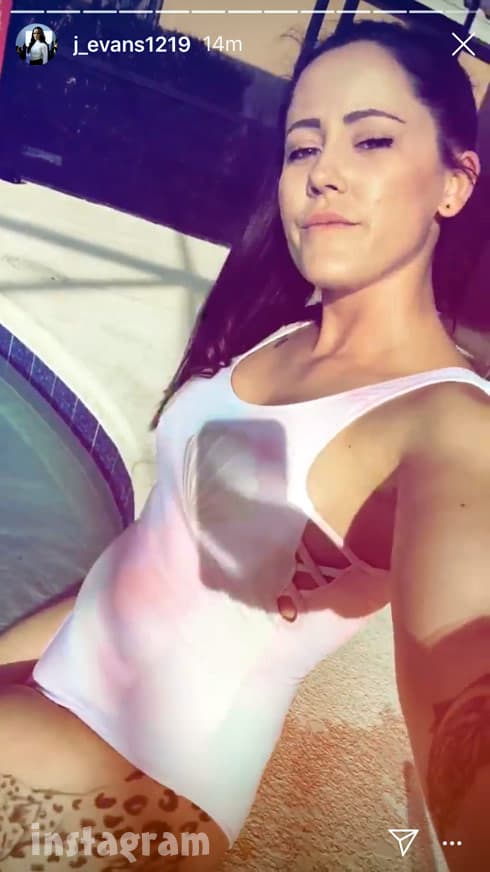 MTV is certainly in a very difficult situation with Jenelle. She is undoubtedly the show’s biggest star, as far as generating publicity and ratings, so they certainly want to keep her on the show. But, they are literally running out of human beings that Jenelle can film with! Briana is sort of being taken advantage of in that she is now the show’s go-to flex person for boosting the story lines of other cast members.

(On a side note, am I the only one disappointed that we didn’t get to see this co-star bestie trip happen the other way with Briana and her daughters visiting The Land for a few days?)

I’m guessing that MTV got caught off guard by Jenelle and Barbara’s recent falling out, although they should have known that was going to happen with what Barbara told them on camera. So, MTV decided to stage this trip to Florida and had Jenelle bring her “bestie” Katrina along so that she could become the new person Jenelle has lunch with to discuss what’s going on in her life once they return home.

UPDATE – Jenelle responded to our Instagram post about this article to clarify that she and Katrina have been “friends for years.” I just wanted to make sure there was no confusion there!

Speaking as a fan of the show, I’m not really feeling the “buffered” Jenelle drama this season. The only unbuffered scenes we’ve had were between Jenelle and producers, and those were the most entertaining. Actually, I believe Jenelle nailed it with her Instagram posts months ago expressing frustration at MTV for their production decisions: