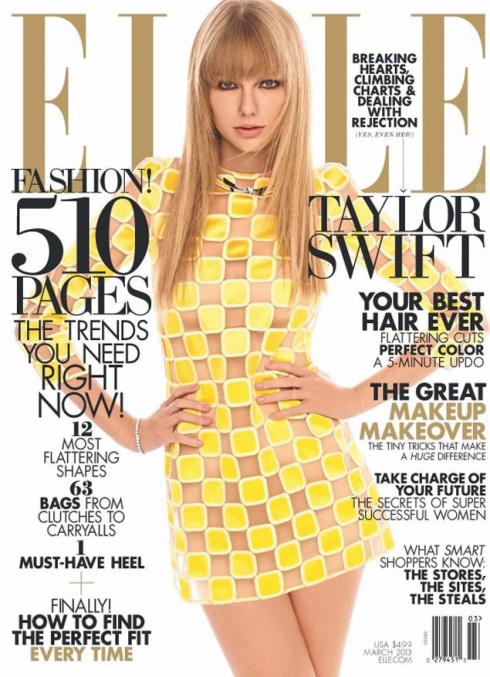 Taylor Swift is known for two things: her amazing music and her relationships. Between releasing new hit singles, Taylor is often busy with her muses (a.k.a. boyfriends,) and lately, she seems to really be going through them pretty quickly. However, not all that we hear is true and in the most recent issue of Elle Magazine, Taylor is setting the record straight about her love life and its impact on her music.

While many people would get over John Mayer or Jake Gyllenhaal with a good rebound romance or a box of chocolates, Taylor gets through her break-ups through song. But according to her it isn’t meant for revenge, its just her way of moving forward. “To me it’s just writing songs the way I always have,” Taylor explains in the March issue of Elle. “It’s me sitting on my bed feeling pain I didn’t understand, writing a song, and understanding it better.” 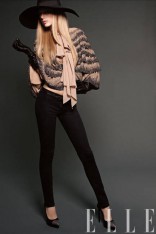 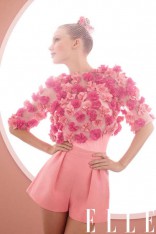 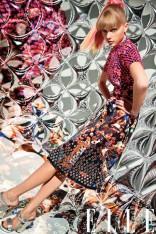 “If people want to dissect the lyrics, that’s their right,” Taylor says, “but it’s all coming from the exact same place as where I started. It’s just something I do to feel better.”

Unfortunately for Taylor, her very public dating life has gotten her a bit of a bad reputation. Some have even credited her jealousy as the reason her relationships haven’t lasted, but she says she’s just not that girl. “I don’t think I’ve ever yelled at an ex-boyfriend,” she said. “Ever. I’m not a yeller. I’m not a fit thrower. If something is done, it’s done.”

“I’m sure if I looked up the latest Google Alerts rumor it would say I’m chasing somebody who doesn’t like me as much as I like him – people love that angle on me,” Taylor admits. “They’re like ‘Oh Taylor, coming on too strong again, chasing boys. I never chase boys. They don’t like it!'”