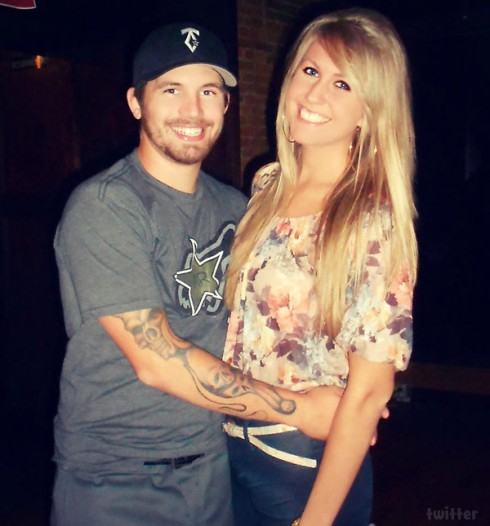 Taylor Halbur’s pregnancy was recently revealed during one of Adam Lind’s court appearance. Adam’s lawyer announced the news to the judge while trying to keep the Teen Mom 2 star out of jail, but at the time, it was the first anyone had heard of it. Now, Taylor is speaking out about why she kept her pregnancy secret for so long and defending her boyfriend’s bad boy reputation.

“I decided not to confirm the pregnancy for a few reasons,” Taylor explains in a new Gather interview. “First of all, I didn’t want to put my family in the middle of all the chaos it would make. Also, Adam and I decided that we didn’t want to make it public for the sake of our child. We knew there would be a lot of backlash from the viewers of the show.” In addition to that, Taylor and Adam had split up in January after Taylor got pregnant and only recently rekindled their relationship.

“As far as Adam and I, we are trying to better our relationship and work on our own faults within the relationship. He is trying very hard to be the best he can be and is doing all he can to make sure we do not falter. He has told me plenty of times that he wants to do things right this time.” 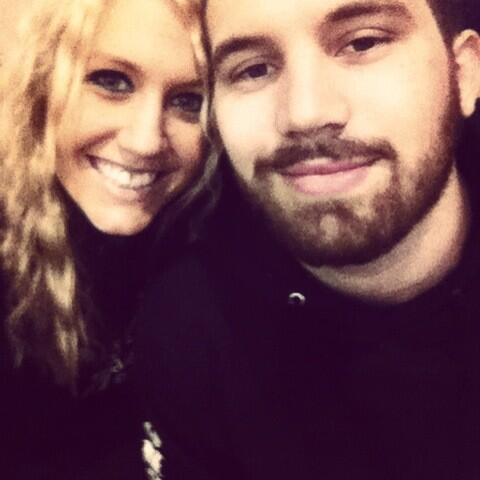 Adam doesn’t have the best reputation — at least with Teen Mom 2 fans — but Taylor wants fans to know that there is more to Adam than meets the eye. “I understand why people feel the way they do about him because they only see one side of the story. Yes, he has his faults and has made mistakes, but so has everyone else in the world. No one is perfect,” she says, adding “He doesn’t like this persona he has created for himself; he was young and made some poor decisions, but yet again, who hasn’t?”

As far as Taylor’s relationship with Chelsea goes, Taylor says she doesn’t have one — but there isn’t exactly any bad blood between them. In fact, Taylor only had good things to say about her baby daddy’s baby mama and their daughter Aubree. “My relationship with Aubree is great. Chelsea does a very good job raising her. She’s very bright and very smart; just all around an adorable little girl.

In closing, Taylor revealed that she and Adam are thrilled to be starting a family together. “I’m due in August and the pregnancy is going very well. Adam and I are both very excited about it and couldn’t be happier. We both are hoping for a boy, but either way we won’t be disappointed.”