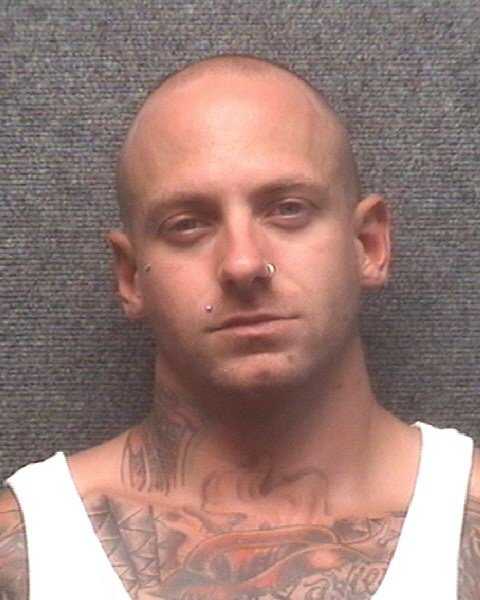 While Welcome to Myrtle Manor has been on hiatus since the enjoyable first season of the TLC reality series, the parties and arrests rage on in Myrtle Beach, South Carolina. If you’ll recall — back in April, 3 cast members got arrested in the same week!

Taylor Jonathan Burt was recently arrested for an alleged brawl at the tourist destination Broadway at the Beach but the 28-year-old club promoter and his attorney are stating that he was simply just trying to break up a fight and that they have video footage to back their claims. Burt was charged with disorderly conduct fighting/force company on another, a misdemeanor, according to online arrest records.

Officers were at the tourist destination on a separate call when they witnessed a large fight. While that fight, which resulted in the arrest of three others, was being settled the officers said they caught yet another brawl (I’m guessing this place is rowdy y’all) and claimed they spotted Burt trying to hit a person in the crowd.

“We have video evidence of the altercation from beginning to end that …shows me …[not] involved at all. I was pulling one guy off another while security was elsewhere being overwhelmed with other fights. All I was doing was helping someone being attacked. If someone was attacking me I would hope that someone would do the same for me.”

Zach Holder videotaped the fight that Burt was caught up in and involved, what Holder estimated to be, around 10 people with his cell because he said it could be used as evidence if anyone got injured. Holder stated:

“Security started breaking it up and then . . . more people started to fight. Security broke that up again. Then a man in a red shirt punches a man in a purple shirt in the face and as soon as he does that everybody in the vicinity tries to restrain him, including Taylor J. Burt.”

Burt’s attorney, Jonny McCoy, advised his client not to plead guilty because of what he felt was a preponderance of evidence that proves Burt’s innocence in this particular circumstance.

“We don’t blame the City of Myrtle Beach for charging Taylor. There was a lot of commotion. There were a lot of stories being told and unfortunately in this particular incident Taylor did attempt to break up the fight and when that happens people confuse the fighters with the people who are trying to break up the fight.”

As for the other denizens of Myrtle Manor, cast members recently finished up filming for a 2nd season that is set to air “sometime in 2014.” A spokeswoman for the show wasn’t able to provide any additional info about cast changes, progress or expected air dates at this time.