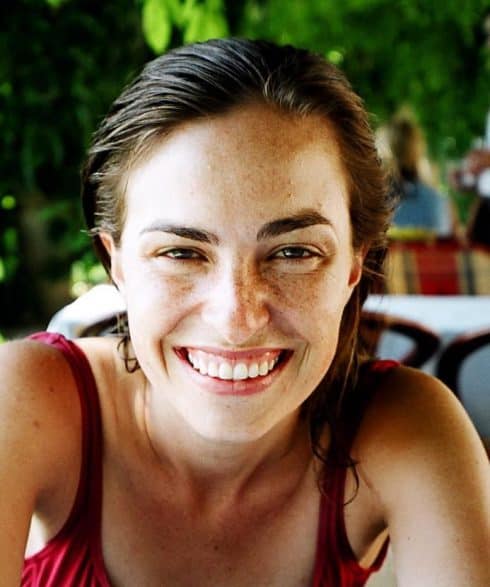 Now 40-year-old Lisa Brennan-Jobs came into the world unwanted by her father Steve Jobs, who would someday become a technological magnate and cultural icon. In her memoir, Small Fry out September 4, Lisa recounts her life of trying to seek approval, and even just acknowledgement, from her emotionally distant and often cruel father. Even on his deathbed the father and daughter never reconciled or connected in the way she dreamed of.

Vanity Fair published an excerpt from Small Fry that revealed many of the painful realities of Lisa’s life in the shadow of her dad. The 2015 biopic Jobs starring Michael Fassbender as the icy tech mogul dealt with a major story arc around Steve an Lisa’s strained relationship, but now Lisa’s experience is putting a fresh perspective on that narrative.

Lisa’s mother Chrisann Brennan, Jobs’ high school girlfriend, gave birth to Lisa in 1978 at an Oregon farm. Jobs drove to visit the newborn and even helped name her but kept insisting that she was not his child.

Three years later, after a lengthy child support battle where he tried to argue that he was infertile, Jobs came to visit Lisa again and verbally admit paternity. According to Chrisann he told toddler Lisa, “I’m one of the most important people you will ever know.”

Lisa said she felt like he was ashamed of her – her very being had been some sort of setback for him instead of regarding her as a small child who needed nurturing and love. Still, she desperately wanted to be a part of his world, and felt massive validation from the slightest bit of recognition. “My existence ruined his streak,” she writes. “For me, it was the opposite: the closer I was to him, the less I would feel ashamed; he was part of the world, and he would accelerate me into the light.”

SHe used to tel her school friends: “I have a secret, my father is Steve Jobs.” For him, however, Lisa was a “blot on a spectacular ascent, as our story did not fit with the narrative of greatness and virtue he might have wanted for himself.” While he was busy building empires, Lisa and her mom struggled to survive. Chrisann was a working single mom who scraped by with waitressing, babysitting, and cleaning jobs. 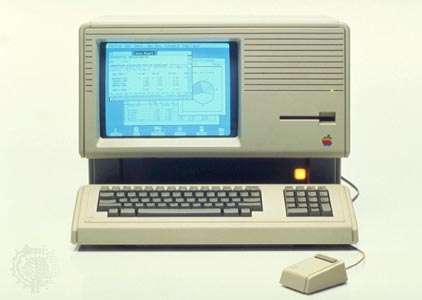 Jobs’ ire towards his own daughter seems utterly confusing and the case of the LISA computer muddles the water even further. One of the first personal computers developed by Apple was the LISA, which Jobs said stood for “Local Integrated Software Architecture.” The LISA was a flop, but elements like the mouse where used to develop the groundbreaking Macintosh computer.

Of course, Lisa couldn’t help but think the significance of LISA’s name was a nod to her, but when she asked her dad about it he curtly replied, “Nope. Sorry kid.”

When she was 27, however, Lisa finally got validation that Jobs HAD tried to honor her with the help of U2’s Bono. She was at lunch with her dad and the rock star when Bono asked Jobs if the LISA was named after Lisa. After a long hesitation, Jobs looked at Bono and admitted, “Yeah, it was.”

This interchange is very strange and it seems to imply that Jobs was only able to tell the truth to someone he respected as a master in their field and not his own daughter. It’s as if admitting directly to his daughter that he’d done something thoughtful for her and even adknowledged her existence was too much for him.

As a child Jobs would sometimes visit Lisa. He’d drive up in a black Porsche convertible. They didn’t talk much, but Lisa cherished every moment of their time together.

At some point she asked him if she would one day inherit his Porsche, and was hit with some startling rejection. “Absolutely not,” he curtly replied, but he wasn’t done.

“I wished I could take it back,” she says about the shame she felt after his reply. Jobs wasn’t done, however. “We pulled up to the house and he turned off the engine. Before I made a move to get out he turned to face me. ‘You’re not getting anything’, he said. ‘You understand? Nothing. You’re getting nothing.'”

“Did he mean about the car, something else, bigger?” she wondered. “I didn’t know. His voice hurt – sharp, in my chest. The light was cool in the car, a white light on the roof had lit up when the car turned off. Around us was dark. I had made a terrible mistake and he’d recoiled.”

Still throughout all the emotional neglect and outright cruelty, Lisa felt a connection to her dad that she says was a “magical identity, an extra thing that started to itch and tingle when I felt small, and it was like pressure building inside me, and then I had to find a way to say it.”

When visiting her father on his deathbed, Lisa’s experience with her father wasn’t sweetened at all. She faced the reality that they would never fully repair things. While he slept she walked around the house and visited the bathroom, where she spritzed on some rose-scented perfume she found there. Afterwards she went into to see her dad again and told him “I’ll be back soon.”

As she walked away, Steve called for her: “Lis?”

“You smell like a toilet,” he told her, referencing the scent she’d applied in his bathroom. It’s not clear from the text if these were his final words to his oldest child, but they were definitely words that stuck with her.

Lisa’s mom Chrisann published a memoir about Jobs in 2013, two years after he died called The Bite in the Apple: A Memoir of My Life With Steve Jobs. In 1991 Jobs started a new family with Laurene Powell with whom he had three kids.