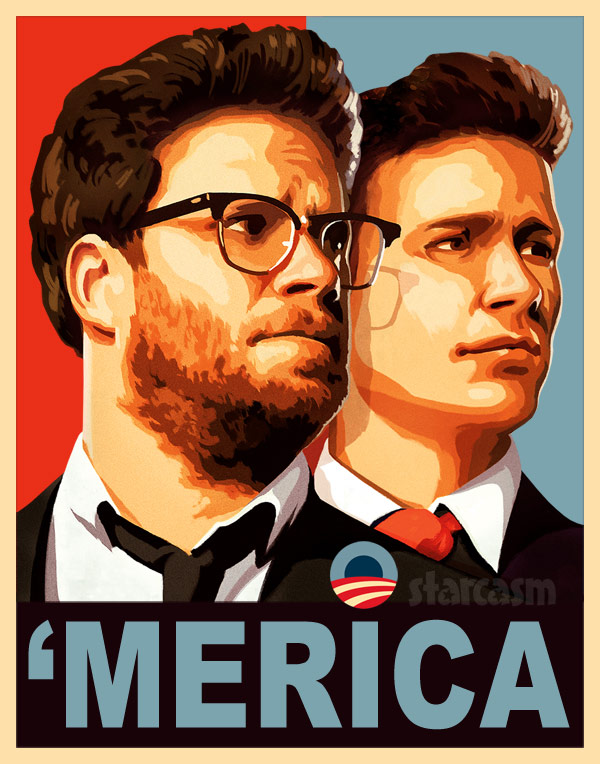 If you’re gonna dirty dance with the USA, there’s one thing you need to remember… “Nobody puts ‘merica in a corner!”

Reversing its position after the reported North Korea hacking, Sony has announced that it will be releasing The Interview on Christmas day as originally planned — both in theaters and via video on demand. “We have never given up on releasing The Interview and we’re excited our movie will be in a number of theaters on Christmas Day,” said Michael Lynton, Chariman and CEO of Sony Entertainment. “At the same time, we are continuing our efforts to secure more platforms and more theaters so that this movie reaches the largest possible audience.”

Lynton adds, “I want to thank our talent on The Interview and our employees, who have worked tirelessly through the many challenges we have all faced over the last month. While we hope this is only the first step of the film’s release, we are proud to make it available to the public and to have stood up to those who attempted to suppress free speech.”

The theatrical release will be limited, with the Texas-based Alamo Drafthouse being one of the first to announce it will be showing the film:

Breaking news: Sony has authorized screenings of THE INTERVIEW on Christmas Day. We are making shows available within the hour. #Victory

Breaking Plaza News: The Interview will open Exclusive on 12/25 . The Plaza will be one of the few theaters in the nation to open the film .

The Wrap reports that The Interview will also be release via video on demand on Christmas, though there are as yet no details.

UPDATE – Seth Rogen, James Franco and others are responding to the news that The Interview will be released in theaters after all:

The people have spoken! Freedom has prevailed! Sony didn't give up! The Interview will be shown at theaters willing to play it on Xmas day!

VICTORY!!!!!!! The PEOPLE and THE PRESIDENT have spoken!!! SONY to release THE INTERVIEW in theaters on XMAS DAY!

Thanks to everyone who didn't give up on our movie! @Sethrogen & I are humbled & overwhelmed by your support. Hope you enjoy the film!

Surely peace with North Korea and at least one Vogue cover is in the works, right?