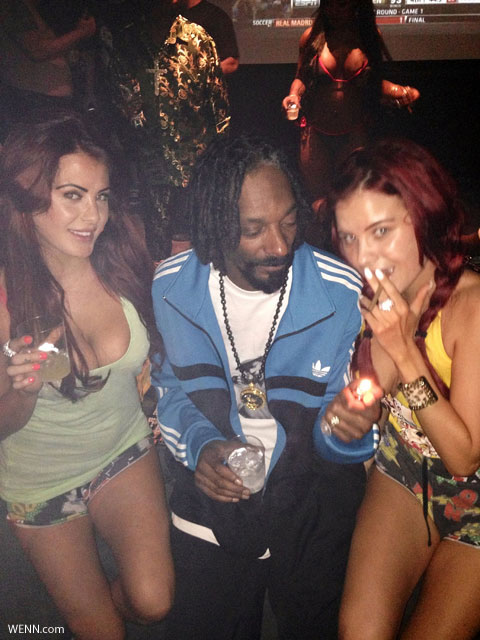 Snoop Lion (formerly known as Snoop Dogg)’s 420 Festival for the famous pot holiday was shut down yesterday after only 30 minutes of festivities.

It was supposed to be an all-day celebration of cannabis starting at 11:00 A.M., but according to TMZ the neighbors complained to the cops immediately about the parking situation and the noise level.

Snoop was just arriving at his party when the police showed up, but he was understanding and cooperative.

April 20 is celebrated by pot smokers every year because of a tradition of smoking at 4:20 p.m. every day, making April 20 at 4:20 the most significate moment of the year for serious pot addicts. Lore has it that the number gained significance in weed culture in California in the late 70s. It is widely thought that 420 is reference for a police code for Smoking Weed, but that’s not the case.

The real story comes from a meeting time, 4:20 p.m., set by a group of five friends known as the Waldos who attending San Rafael High School in California. They met at that time to go a a treasure hunt to a plot of free weed because of a tip they got from a Coast Guard service member who could no longer tend his crop. Steve Capper, a member of the crew, told HuffPost that while they never found their treasure, they turned “4:20” into a ritual.

“We’d meet at 4:20 and get in my old ’66 Chevy Impala, and, of course, we’d smoke instantly and smoke all the way out to Point Reyes and smoke the entire time we were out there. We did it week after week. We never actually found the patch.

I could say to one of my friends, I’d go, ‘420,’ and it was telepathic. He would know if I was saying, ‘Hey, do you wanna go smoke some?’ Or, ‘Do you have any?’ Or, ‘Are you stoned right now?’ It was kind of telepathic just from the way you said it. Our teachers didn’t know what we were talking about. Our parents didn’t know what we were talking about.”