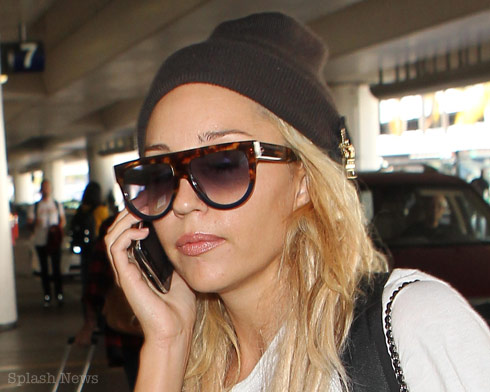 Amanda Bynes was released from the psychiatric facility where she was receiving treatment and was later seen roaming the Sunset Strip last night.

Bynes was on an extended 30 day hold as requested by doctors and granted by a judge, but on her own accord she went before a hearing officer at the facility and requested to be released. For the two weeks she has been at the location she’s been steadily taking her prescribed medications and sounds lucid – according to sources with TMZ.

The hearing officer decided that Bynes could no longer be held involuntarily. She was released from her hold and walked out the front door.

She was photographed last night on Sunset Boulevard looking for a place to stay. She stopped at a diner where she was said to have been talking to herself. She informed her server that she was shy because she had a procedure to her face that required a bandage.

TMZ reports that she was looking for a hotel room but had been turned down at several locations.