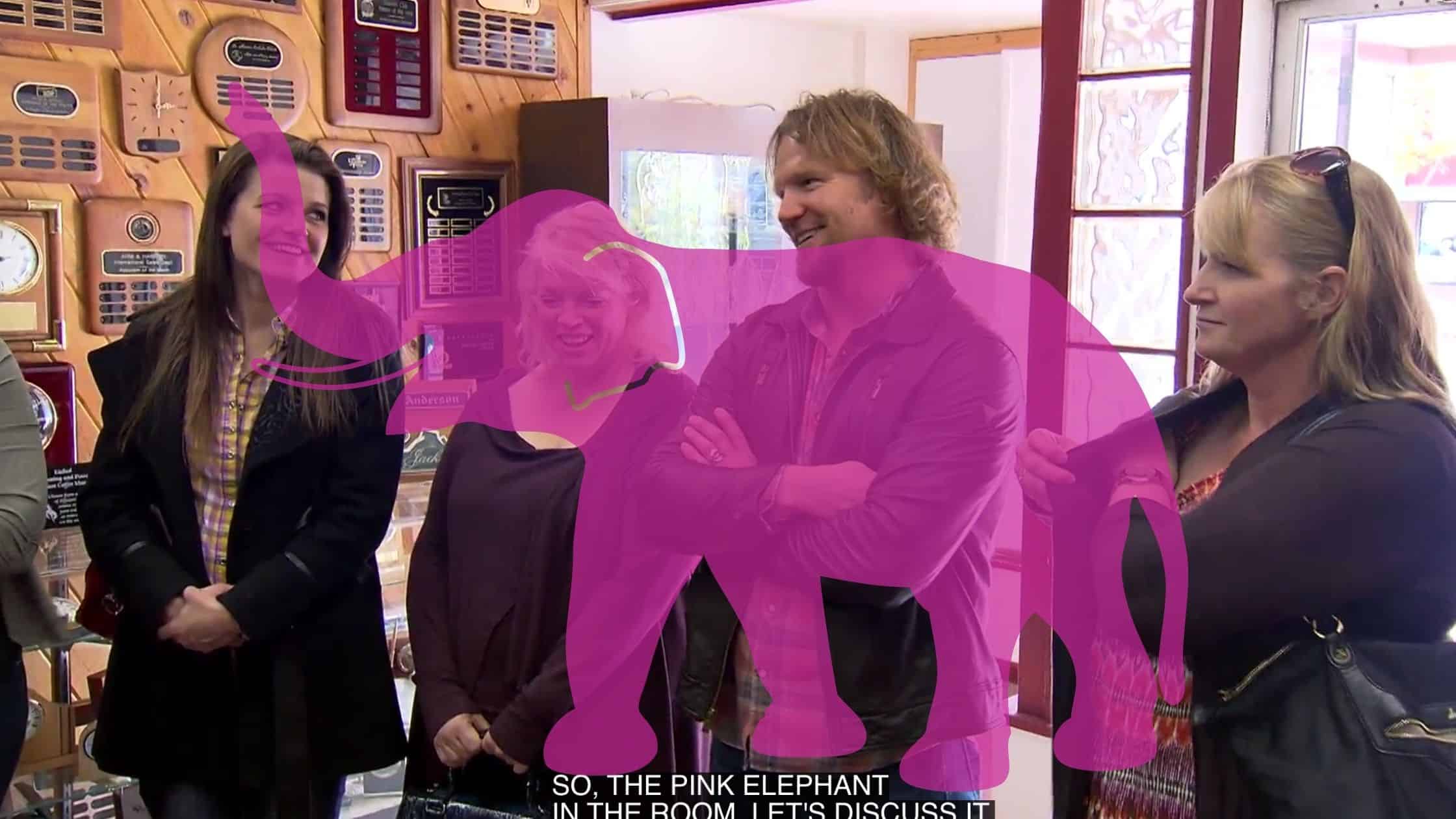 A favorite phrase of Kody Brown and his wives on TLC’s Sister Wives is bringing up a “pink elephant in the room.” It’s an expression unique (and dear) to the Browns, but it borrows on two very popular metaphors.

First of all, “the elephant in the room” refers to an obvious issue or problem that’s being willfully ignored because of social graces, denial, embarrassment, etc. The idea of an ignored elephant in a living room dates back to the 50s. In the June 20, 1959 edition of the New York Times, the following sentence appears: “Financing schools has become a problem about equal to having an elephant in the living room. It’s so big you just can’t ignore it.”

The idea of ignoring an elephant dates back even further, to an 1814 fable by Ivan Krylov called “The Inquisitive Man” about a man who observes all sorts of small details at a museum, but fails to notice the giant elephant. Fyodor Dostoevsky made the concept more famous by mentioning it in his novel Demons with this line: “Belinsky was just like Krylov’s Inquisitive Man, who didn’t notice the elephant in the museum….”

The addition of “pink” to the “elephant in the room” is thanks to Kody Brown, but the notion of pink elephants is an entirely different idea. “Seeing pink elephants” is a euphemism for alcoholic hallucinations. The first uses of pink elephants in relation to drunken stupor dates back to the last 19th century/early 20th century, but the phrase became extremely popular with the release of Disney’s Dumbo in 1941.

In a scene called “Pink Elephants on Parade,” Dumbo and Timothy accidentally get drunk off of water spiked with champagne and then start seeing dancing and singing pink elephants.

Kody Brown is a very vocal teetoler, and he doesn’t seem to be referencing intoxication or hallucinations when he brings up “pink elephants in the room.” In way, however, his use does make a lot of sense. It’s one thing to ignore an elephant in the room, but it’s even more difficult to snub the elephant when it’s a dazzling bright pink color.