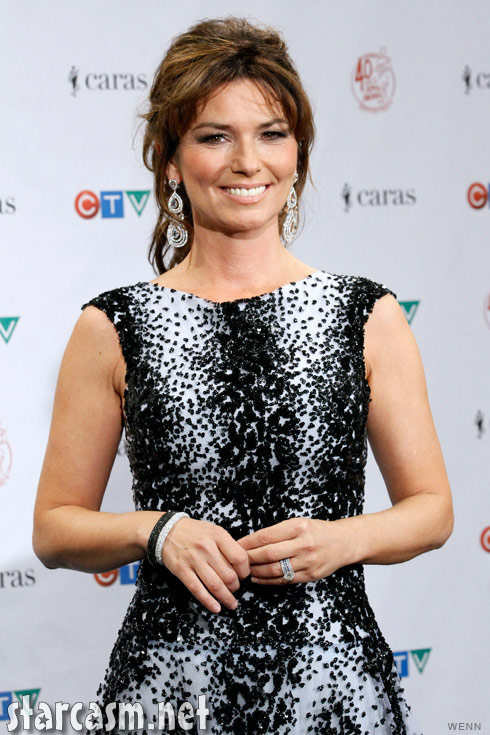 Shania Twain is coming back with a vengeance! In addition to getting a new husband and a new reality show the Canadian singer has just signed on for a new job as singer-in-residence for Caesars Palace in Las Vegas!

In a press conference held at the Country Music Hall of Fame moments ago Shania announced she will be headlining the show “Shania: Still The One” the Colosseum at the famous Caesars Palace. Shaniapalooza will begin Dec. 1, 2012 and will feature 60 shows a year from country music’s number one selling female artist of all time.

From the press conference:

I feel like I’m on the top of the world. Honestly, I feel like I’ve climbed a very giant mountain and I’m just standing right on top with my arms open wide. This is really beautiful, really lovely, I’m very excited today.

Today is a turning point for me. I feel as though I’m about to step into a world of endless creative possibilities and that is so exciting for a songwriter, for an artist, to take songs and translate them into such a magical place, on a magical platform.

So this will be like no other platform I’ve ever been on before with my songs. It’s a whole new beginning, I think, for the old music, if you will.

A limited number of tickets will be made available tonight and will go on sale during the 2011 CMT Awards broadcast, which begins at 8pm eastern.

Shania follows in the figuratively massive footsteps of fellow Canadian superstar Celine Dion, who performed at the Colosseum for five years ending in 2007 and has since returned to the City of Lights for another go that began in March.

Courtney Stodden debuts song ‘For You’ as Ember, her red-headed alter-ego – EP coming this summer