Want to see possibly the best horror movie of 2015, but you’re reluctant to drop $12 at the box office? No problem, because one of the creepiest, spine tingliest flicks of the year is online — and free! You might want to pop some popcorn before you start watching it, however, because it’s less than two minutes long.

Without giving away any spoilers, here’s “Seflie From Hell,” the viral video clip in which our culture’s collective hatred of selfies seems to manifest itself in the most terrifying of ways:

The independent short was made by director Erdal Ceylan and German student Meelah Adams, who also stars in the film. Meelah reveals that the harrowing scene was created as part of her Media Studies Bachelor’s degree thesis on viral videos.

“I’m highly fascinated by viral videos,” Meelah revealed in a blog post about “Selfie From Hell.” “Those short, often funny, cute, crazy or simply entertaining clips, which go around the world and enthuse so many people. To analyze that phenomenon and then recreate it myself seemed like the perfect thesis for me.”

Meelah was a bit wary of some of the familiar, tame viral tropes, however: “I didn’t simply want to produce any unrelated viral video, another cat adventure clip. This wasn’t much of a problem because I also don’t have a cat.” 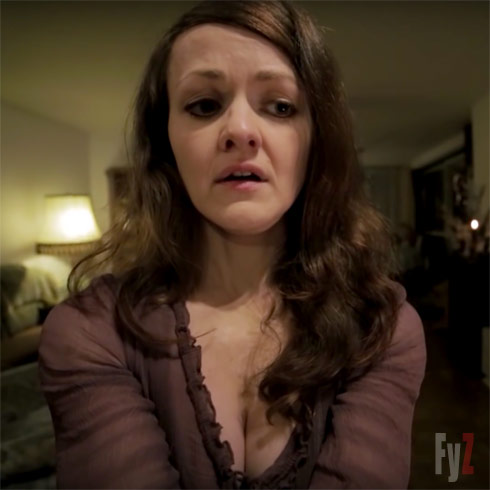 So Meelah decided to continue her partnership with writer/director Erdal Ceylan, with whom she had already made a couple of other shorts. The two are currently working on a bigger project based on Erdal’s F**k You Zombie screenplay, and it occurred to Meelah that her viral video project might be the perfect way to promote the new project.

“Erdal had already begun to write the story, we made it a plan to shoot some videos for promotion,” Meelah recalls. “One day the thought popped into my mind to combine both part–a win-win situation. So our viral got a connection and our novel got a video.”

Here is how she describes the clip, which currently has more than 3.5 million views on YouTube:

With “Selfie from Hell” we wanted to create something creepy, atmospheric, a bit shocking, and above all entertaining. A video, that makes people want to share with others. The inspiration came from movies like Insidious and The Ring. The language is universal and there’s almost no text, so everybody around the world can understand it. 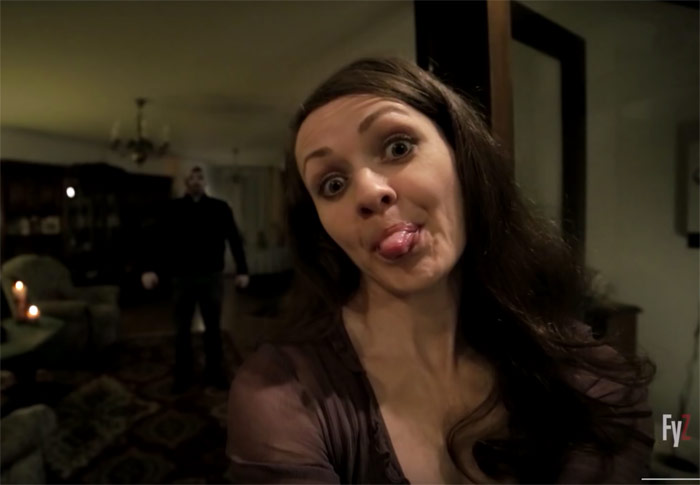 So is “Selfie From Hell” essentially a scene from F**k You Zombie? No. Meelah explains:

Filming scenes from the book would be too expensive and too complex, so we looked for other alternatives. Inspired by the viral campaign for the Carrie movie, we chose to make something completely different. We wanted to use the zombie as a symbol for the novel. That way we could create a practicable and reasonable video. After an intense brainstorming session, we finally got a basic idea for the video and “Selfie from Hell” was born!

But fans of “Selfie From Hell” shouldn’t cast aside all hopes for a full-length movie based on the clip! “The reactions to the video were great and some people have been asking whether or not it will become a feature-length film,” says Meelah. “And we thought, why not? We’d love to make a feature “Selfie from Hell.” But such a movie would cost a lot of money, which we just don’t have right now. But, who knows what could happen 😉 ”

Fans can also be excited for the fact that Meelah and Erdal plan to create more viral videos to market F**k You Zombie. “We thought it’d be a good thing to produce two or three or even more videos in case people would like our work and would like to see more.”