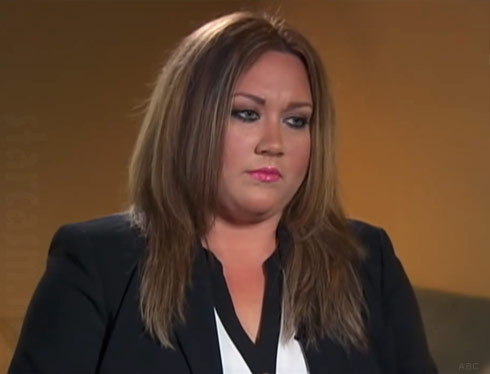 George Zimmerman’s wife Shellie Zimmerman filed for divorce on Thursday, less than two months after her husband was acquitted of second-degree murder charges by a jury for the shooting death of Florida teen Trayvon Martin. “I think I’m realizing that I have been married to a person for almost seven years, and I don’t think that I ever really knew him at all,” Shellie Zimmerman said in an interview with Good Morning America shortly after filing for divorce. “I have a selfish husband. And I think George is all about George,” she added.

News broke of the divorce filing after a tweet early Thursday evening by George Zimmerman’s older brother, Roger Zimmerman, Jr., that read, “According to Shellie’s atty Kelly Sims – Shellie is preparing to file 4 divorce. Docs have not yet been filed in Seminole Cty. Pray 4 them.” Shellie Zimmerman’s attorney, Kelly Sims, later confirmed the tweet to NBC News in an email, stating, “The documents have been received by the Seminole County clerks.”

In the GMA interview (above) Shellie reveals that George Zimmerman was only home three or four nights before she moved out, adding that she thinks he is “making some reckless decisions” and that he feels “invincible” since the not guilty verdict. Now she has to move on and try to piece her life back together in the aftermath. “I stood by my husband through everything and I kind of feel like he left me with a bunch of broken glass that I’m supposed to now assemble and make a life…It’s just heartbreaking,” she said.

In a previous interview with GMA in late August (below), just a day after she pleaded guilty to perjury for lying about the couple’s finances in one of George Zimmerman’s pre-trial hearings, Shellie said, “It’s difficult to communicate with your spouse when you’re under so much scrutiny from both sides, and I think we both have been fighting for our own individual struggles to be heard by each other, and that’s been difficult.” She then added that she and George had been living “like gypsies” since his arrest. “It got very crazy. living with bodyguards. It kind of feels like you’re with a babysitter. You really can’t make any choices for yourself anymore. … We were in hiding. We were in the woods.”

Some details from Shellie Zimmerman’s divorce filing have emerged, including the fact that she is currently receiving $4,300 a month in living expenses from the Zimmerman Legal Defense Fund, which is described on PayPal as money to be used “for George Zimmerman’s ongoing living expenses, legal costs, and fees for this matter.” TMZ makes this point about the arrangement:

But here’s the thing. He won almost 2 months ago, and the site raised more than $300,000. He may still owe money to his lawyers, but the case is over and it’s a little weird the $4,300 a month is going to Shellie individually … not the legal team.

So far there has been no comment from George Zimmerman’s legal team on the divorce filing.

George Zimmerman released, ordered to give up guns, served divorce papers in jail

LMFAO splitting up; Redfoo and SkyBlu go their separate ways