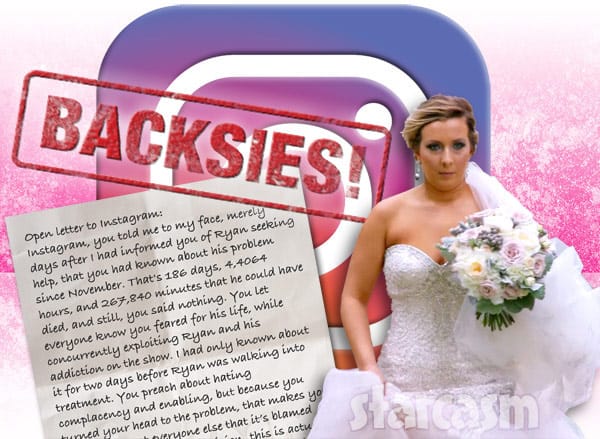 Pregnant Teen Mom OG star Mackenzie Edwards has disappeared from social media in the wake of her husband Ryan Edwards’ heroin-related arrest back in March, but it appears as though she is preparing for her triumphant return!

The announcement comes from Mackenzie’s friend (and photographer) Christan C. George, who took over Mackenzie’s Instagram account back in May. Here’s Christan’s announcement from earlier today:

Hey Humans HUGE update?? Im Christan the photographer who has been filling up your feed in Mackenzie Edwards absence! She has decided to return to social media ?? that being said she has asked to reclaim her following on Instagram (after all you guys followed her in the first place) and I can’t blame her! ✨?? that being said- if you like me and/or my photography you can still follow along at my active @christancgeorge account! I’ve updated it with three images (my most recent work posted here), but it is already packed full of beautiful full of beautiful images, so, I won’t be flooding your feed. Stoked to get to know you! Shoot me a message at my new handle and let me know you’re following along ??☺️ it means the world to me! xoxo

It is unclear exactly when Mackenzie will officially take the reins back from Christan. The account has lost a little over 50,000 of Mackenzie’s roughly 250,000 followers since Christan took over, and it now has 197,000. In contrast, her other photography account currently has 4,456 followers.

UPDATE – THE MACK IS BACK! Click the link to see MAckenzie’s first photo since her return, which features her growing baby bump!

Unfortunately, Mackenzie will not be able to get her previous ID back as @mack.edwards21 was quickly snapped up by someone who uploaded a two-headed pig as a profile photo and renamed the account “McWhorter Babes.”

Just after the first ownership transition announcement, Christan was asked on Facebook how much she paid for Mackenzie’s Instagram account. “Nothing actually,” Christan replied. “Were close friends, she just gave it to me to help me grow my business!”

Mackenzie Edwards then responded: “I would have willingly paid her to take it off my hands ???”

Mackenzie’s Instagram backsies comes as she is projected to be just a couple months away from giving birth to her and husband Ryan’s first child together. I assume that we will be seeing some baby bump photos soon — taken by Christan, of course — so stay tuned!